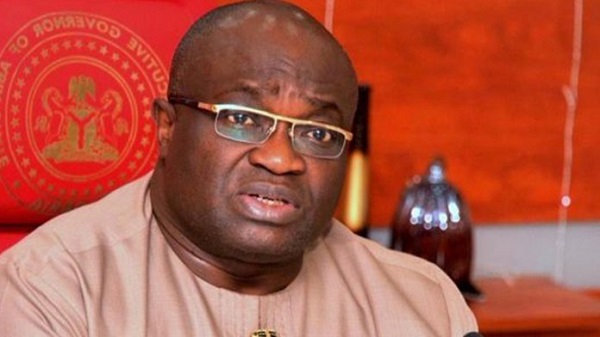 The Okezie Ikpeazu-led government of Abia State has blamed the governorship candidate of the All Progressives Grand Alliance (APGA) in the last election, Dr Alex Otti, for the slow pace of development in the state.

The chief press secretary to the governor, Mr Onyebuchi Ememanka, stated this on Tuesday in response to Otti’s attack on Ikpeazu’s government on Monday.

Otti, at a press conference in Lagos on Monday, had accused Ikpeazu of grounding Abia with loans and asked the people to refuse a fresh $200 million loan the governor intended to borrow.

But Ememanka frowned at Otti’s claim, accusing him of not having the interest of the people.

He wondered how Otti, who lives in Lagos and has no business interest in Abia, would want to govern Abia from his Lagos base.

Adding that Otti “is completely ignorant” of what happens in Abia, Ememanka accused him of not being fair to Governor Ikpeazu.

According to him, Otti was not fair to claim that there was no visible road construction done by Ikpeazu’s government after his earlier admission that “he was aware of 59 road projects done by Ikpeazu out of 79 road projects the governor listed during a debate in the build-up to the 2019 governorship election,” Ememanka said.

BAUCHI: Time to forge ahead, APC tells members after losing at tribunal