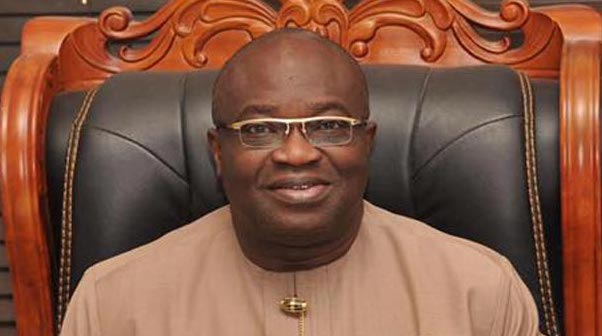 The governor of Abia, Okezie Ikpeazu on Tuesday listed property, public and private, that were destroyed during the EndSARS protest in the state.

He therefore, urged parents, guardians, religious and traditional leaders to beg youths in the state and in other parts of the country to stop any further protest to avoid destruction of lives and properties.

They visited the state to ascertain the level of destruction Abia State suffered as a result of the EndSARS protest.

The governor said the monuments and edifices of historic significance destroyed as a result of the protest would cost government time and resources to refix.

Ikpeazu regretted that the damages happened not minding the fact that the state government was addressing the demands of the protesters and even engaged them through Town Hall Meetings with relevant stakeholders on why they must eschew wanton destruction of public and private properties.

Speaking during the visit, Okoye called on Abia youths to desist from damaging properties but to instead guard their homes, investment and properties from being damaged by outsiders because the future belongs to them.

He maintained that the disbanded Special Anti-Robbery Squad (SARS) unit of the Nigerian Police would never be recycled.

According to him, professionals were currently training a new set of officers who would handle armed robbery, kidnaping cases, among others professionally.