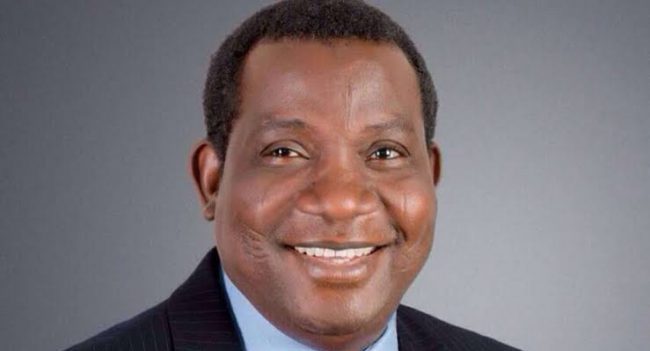 The Plateau State governor, Simon Lalong on Wednesday, advised the Minister of Women Affairs, Mrs Pauline Tallen, to respect people around her in order to succeed in her newly conferred assignment.

The governor who spoke at a post-inauguration dinner organised to honour Tallen, in Abuja said “You should not listen to gossip from people who don’t mean well for Plateau. There are people who would sow seeds of discord between me and the minister for their selfish gains. Don’t listen to them”.

Lalong also promised to work with Tallen and members of the National Assembly from the state for the progress of Plateau.

“Today, you are a minister; Idris Maje is Deputy Speaker, House of Representatives. Others are members of the National Assembly and I am the governor.

“Respect everybody’s position; let’s work together and Plateau will be better for it.

“If I need to do something in Abuja, I will just call you and it will be done,” he said.

Lalong, however, cleared that he had nothing against Tallen, saying that he would always respect President Buhari’s discretion in appointing her as minister.

In his remarks, Idris Maje, Deputy Speaker, House of Representatives, said that he had no doubt that Tallen would succeed, given her experience as a politician.

“We are going to cooperate with you from the National Assembly, especially in the area of oversight function, for you to succeed.

“You have the senators and members of the House of Representatives behind you. I assure you that we are going to work with you,” he said.

The deputy speaker said that it was needless to blackmail or malign anyone for political gains, and advised those who had made gossip their trade to desist from that.

Tallen, in her remarks, thanked the governor and Plateau people for the honour done her.

The minister said that she would be a minister for every citizen of Plateau and Nigeria, irrespective of political, religious and ethnic affiliations.

“Whoever knows me knows that I don’t believe in ethnic or religious politics.

“My doors are open; we will work together for the progress of Plateau.

“I am your ambassador Mr Governor; I am at your disposal for anything that pertains the national level,” she assured.