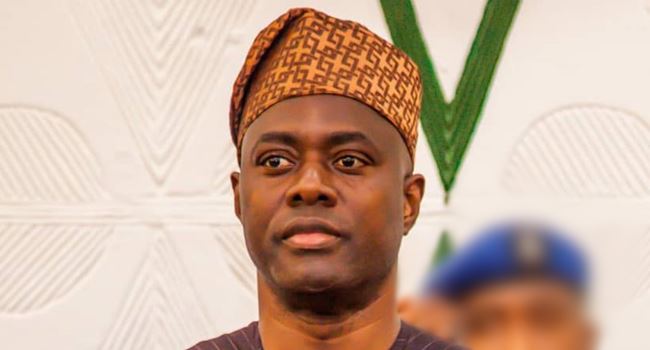 The Oyo State chapter of the All Progressives Congress (APC) has warned the state Governor, Seyi Makinde, against playing politics with the COVID-19 pandemic in the state, at the expense of the lives of the citizens.

Dr AbdulAzeez Olatunde, the state Publicity Secretary of the APC in a statement issued on Saturday in Ibadan said that the rejection of the Federal Government’s palliative by the state government did not come to it as a surprise, as Oyo was not the only state given the palliative.

The APC further stated that the state government’s rejection of the palliatives provided by the Federal Government has political colouration.

“It is very thoughtful of the Federal Government to have given the rice palliative to four states namely: Ekiti, Ondo, Osun and Oyo states same day.

“To God be the glory; none of the other three states that collected the rice consignment the same day had made similar complaint. We know that the rejection of the rice by Oyo government has political colouration.

“We challenge media men to make an enquiry from other states to confirm the grave allegation from the Oyo State government,” it said.

The party alleged that Makinde had yet to distribute palliatives to the vulnerable in the state since the outbreak of the deadly virus, urging him to do it now and also fumigate all public places.

It further alleged that the governor had been playing unnecessary politics with the COVID-19 pandemic in the state.

The party said it had advised Makinde several times since the outbreak of the disease but that he had turned deaf ears, because the advice was coming from APC.

“Our first press release on COVID-19 was to advise the Oyo State government to avail itself of the use of African Genomic Laboratory at Ede in Osun, but it did the contrary, because the advice came from APC.

“After a lot of dilly-dallying, they decided to shift quietly to Ede as earlier advised, but we kept quiet since we are only concerned about the wellbeing of people of Oyo State,” it said.

The party said that it had also advised the state government to implement a total lockdown and seek donations from individuals and corporate organizations as palliatives for the vulnerable in the state.

“Also, because the idea of a total lockdown came from APC, the state government chose an ineffective curfew of 7 pm. to 6 am., which has been criticised by all reasonable stakeholders,” the party said.