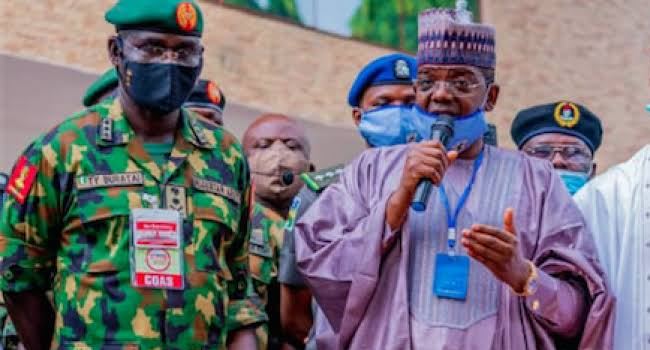 The governor of Zamfara State, Bello Matawalle has promised a gift of two cows in exchange for every one AK47 rifle surrendered by any repentant bandits in the state.

The governor made the promise on Thursday when he hosted the Inspector General of Police (IGP), Mohammed Adamu, the Director General, Department of State Security (DSS), Yusuf Bichi and other security heads in the state.

According to Matawalle, the state government decided to offer cows in exchange for rifles because the animal would advance the economic interests of any repentant bandit.

He said, “For every rifle submitted by a repentant bandit, there would be compensation of two cows. We don’t want to give them money, so they wouldn’t use the money to purchase new weapons.

“We said we will compensate them with cows, they need the cows to advance their economic interest.

“We also told the repentant bandits that all “Dabas” (Camps) in the forests should be disbanded. We won’t accept a situation where the bandits will disarm and then go back to the forest and be staying in these camps or Dabas

“We asked them to either come to town and be reintegrated into the society or be given economic empowerment where they are, so that they would start a new life.

“Most of them are residing in forests under the shades of trees and inside caves. That is why we came up with RUGA policy to help them.”

Criminal activities of bandits in the North, especially the North-West in recent times, has remained one of Nigeria’s worrying security headaches aside attacks by Boko Haram in the North-East, herdsmen and Kidnappers across the country.

HURIWA TO MAGU: Resign as EFCC boss to salvage image of anti-graft agency