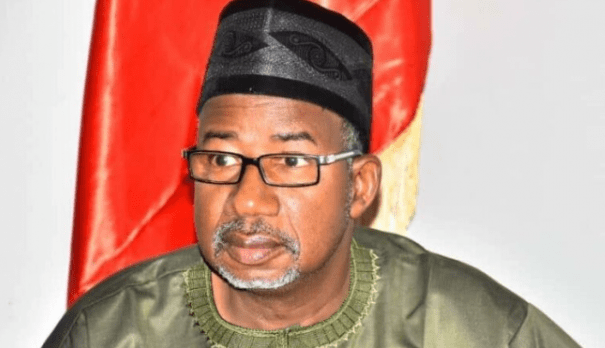 The Bauchi State Governor, Bala Mohammed, on Sunday, clarified the comment he made about Fulani herdsmen carrying AK-47 rifles for self defence.

Mohammed had last week knocked the South-West governors and his Benue State counterpart, Samuel Ortom, over their handling of the farmers/herdsmen conflicts.

He also claimed that government at all levels have not done enough to defend the herdsmen from cattle rustlers and other criminals, hence their resolve to carry AK-47 rifles to protect themselves.

The governor said: “And now, the Fulani man is practicing the tradition of pastoralism, he has been exposed to the dangers of the forests, the animals, and now, the cattle rustlers, who carry guns, kill him and take away his commonwealth, his cows.

“He had no option than to defend himself because the society and the government are not protecting him.”

The statement drew criticism from Nigerians including Ortom who described Mohammed’s statement as shocking and disappointing.

The governor, who reacted to the backlash generated by the comment through his Senior Special Assistant on Media on Media, Mukhtar Gidado, said the primary objective of his comment was to avert the dangerous prospect of a nation-wide backlash and generalization of the Fulani clan as criminals.

He said it would be inappropriate to label an entire tribe as criminals based on the crimes of a few members of the ethnic group.

The statement read: “The attention of the Bauchi State government has been drawn to reactions from various members of the public to Governor Mohammed’s speech at the closing ceremony of the Press Week of the Correspondent’s Chapel of the NUJ in Bauchi State, last Thursday.

“The governor used the occasion to weigh in on the contentious issue of clashes between herdsmen and farmers, particularly against the backdrop of the eviction and other forms of restriction orders, issued by some state governments and non-governmental entities.

“The primary objective of the governor was to avert the dangerous prospect of a nation-wide backlash as tempers flared and given that the phenomenon of inter-ethnic migration is a national pastime involving all ethnic groups in Nigeria.

“By extension, the governor made it abundantly clear that it will be inappropriate to label any one tribe based on the crimes of a few members of the ethnic group.

“The governor’s reference to AK-47 was simply to put in perspective, the predicament and desperation of those law-abiding Fulani herdsmen who, while carrying out their legitimate cow-rearing business, have become serial victims of cattle rustling, banditry, kidnapping, and assassination.

“As a constitutionalist which, he has proved over time, all through his political career, Governor Mohammed will be the last person to advocate a subversion of the Constitution of the Federal Republic of Nigeria. He did not do so in the past; he will not do so today.”

Related Topics:#featuredBala Mohammed
Up Next