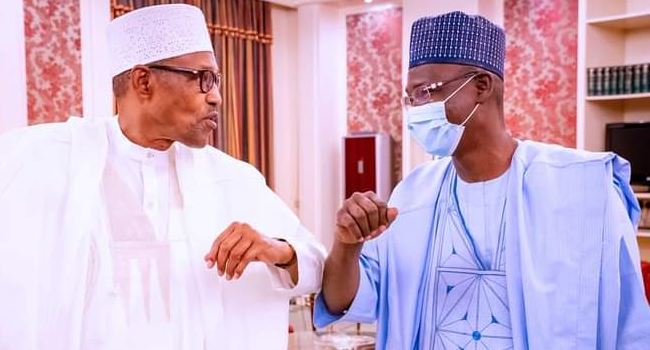 Sule met with Buhari on Friday, at the Presidential Villa, Abuja over the insecurity in his state.

After the meeting which they held behind closed doors, Sule told State House correspondents his state had been facing attacks by a group of terrorists that had earlier been dislodged.

He said the dislodged insurgents recently regrouped at the Nasarawa/Benue border and had continued to launch attacks on Nasarawa residents from there.

According to the governor, some of the apprehended terrorists, revealed that they belong to Boko Haram group, Darussalam, who were earlier dislodged from Niger State.

Governor Sule said having spoken to President Buhari about the situation, he had a firm belief urgent action would be taken against the terrorists.