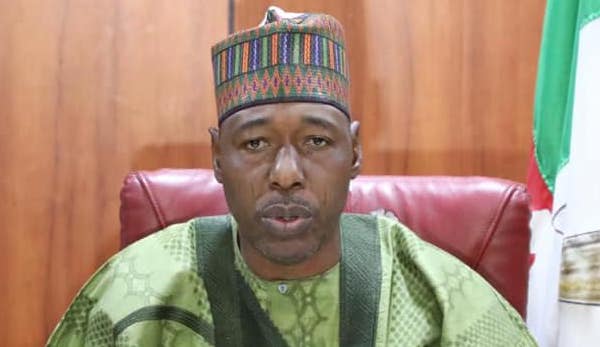 The Governor of Borno State, Babagana Umara Zulum has expressed sadness and also condemned the brutal execution of no fewer than five aid workers by Boko Haram terrorists in the state.

Speaking through his spokesman Malam Isa Gusau, in a statement on Thursday, Governor Zulum who described the victims as heroes who were serving humanity also sought fresh ideas to stem insurgency in the state.

“Governor Babagana Umara Zulum is deeply pained and extremely worried by the gruesome execution of the aid workers who lost their lives while trying to save IDPs through humanitarian activities.

“The governor mourns these heroes and shares the grief of their families and employers, which are Borno State Emergency Management Agency (SEMA), Action Against Hunger, Reach International, International Rescue Committee, and condoles with the United Nations Office for Coordination of Humanitarian Affairs (UNOCHA)”, the statement said.

The statement also added that the governor wants fresh ideas that would be the way out of the insurgency.

“Governor Zulum wants new thinking that would hopefully stop these endless killings. We cannot continue to do the same thing over and over and expect a different result,” the statement further said.

This came after the UN Humanitarian Coordinator in Nigeria, Mr Edward Kallon, said that “it is unacceptable that those who are trying to help are being attacked and killed.”

He issued the statement in Maiduguri, after the video of the terrorists executing five aid workers went viral on social media on Wednesday.