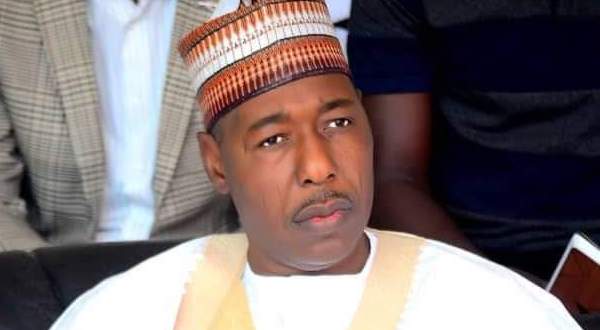 Unimpressed by the Federal Government’s efforts to fight Boko Haram, the Governor of Borno State, Babagana Zulum, has made six recommendations to the apex authority, one of which is to recruit foreign mercenaries to help resolve the Boko Haram reign.

Mr Zulum made his suggestions while receiving a federal government delegation on a sympathy visit over the Saturday killing of 43 farmers by suspected members of the insurgents.

“One of our recommendations as possible solutions to end the insurgency is the immediate recruitment of our youths into military and paramilitary services to complement the efforts of the Nigerian forces,” he said.

“Our second recommendation is to engage the services of our immediate neighbours, especially the government of Chad, Cameroon and Niger Republic, in clearing the remnants of Boko Haram hiding in the shores of the Lake Chad.

“Our third recommendation is for him to engage the services of the mercenaries to clear the entire Sambisa forest.

“Our fourth recommendation is for him to provide the police and the military, with armed resistant armoured personnel carriers and other related equipment.

“We are also soliciting the support of the federal government to support the Borno state repatriation of out displaced persons currently residing in Cameroon and Niger Republic,” he said.

The governor also called on President Buhari to increase federal support for residents of Borno State.

Giving reasons for the decade long insurgency, the governor said “If the federal can fix the bad roads in Borno and the North-east, the insurgency would be reduced by 60 per cent,” he said.

In June, while receiving some delegation from the Senate following an attack from gunmen believed to be members of ISWAP, a breakaway faction of Boko Haram, who invaded some villages and killed about 120 civilians, he suggested that the “gallant civilian-JTF be massively recruited into the Nigerian military and other paramilitary to end the insurgency.”

Earlier in October, the Governor had suggested that one of the ways to defeat Boko Haram terrorists in the state is preventing the insurgents from launching the first attack.

“I urge the Nigerian Army to take the war to all hideouts of Boko Haram. The army should not wait and give the insurgents the opportunity of the first attack. You should as a matter of policy embark upon clinical clearance operation after successful execution of attacks,” Zulum added.