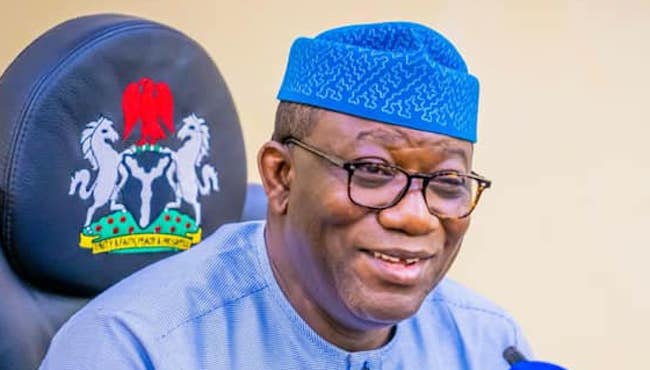 The Nigeria Governors’ Forum (NGF) on Sunday described as blatant lies and half-truths the state comments credited to the billionaire businessman, Ned Nwoko, on the Paris Club refund.

Nwoko, who was the lead consultant in the Paris Club Refund Case, had on Saturday faulted the NGF Chairman, Kayode Fayemi’s position on the matter.

He told journalists at a media briefing that the governors agreed to an indemnity during the previous chairmanship of the forum.

The former governor of Zamfara State, Abdul-aziz Yari Abubakar, was the chairman of NGF from 2015 to 2019.

Nwoko claimed that the forum had asked for and got $100 million to interfere with several states’ electoral processes.

The former lawmaker said when he filed a $350 million bill for the consultancy fee, the governors requested a payment of 50 percent of that sum before it could be approved.

However, in a statement issued by the NGF Director of Media and Public Affairs, Abdulrazaque Bello-Barkindo, the governors insisted that Nwoko’s assertion was an effort to conceal the facts of the matter.

The statement read: “In his desperation to justify his claim, Ned Nwoko peddled untruths that his team was a member of the Federal Government Committee constituted to reconcile figures under the Paris Club refunds to the States and Local Governments. That is patently false.

“The report of that committee dated May 2007 shows that only the FMF, OAGF, CBN, DMO, and RMFC (secretariat) were members. Private persons who were not privy could not have been included in a committee that was meant to examine purely public financial records. It was this Committee that did all the work now claimed by NED and the other consultants.”

“The desperate, spurious and futile advocacy mounted and coordinated by the AGF on behalf of the so-called Paris Club Consultants to justify the plundering of the humongous sum of $418.9m from the public treasury of the States and Local Governments continued on Saturday 20th August 2022, when Ned Nwoko, in a press statement, attempted to blur and obfuscate the real facts and legal issues in controversy by dishing out blatant lies and half-truths.

“The facts are and will always remain: whether the claims of the consultants are lawful and justified under our Constitution and whether any Judgment which is a subject of a pending appeal can be enforced or executed as the consultants now attempt to do? If both questions are answered in the negative, it does not matter if the contracts leading to the claims were entered into by any public official, past or present.

“The facts are and will always remain: whether the claims of the consultants are lawful and justified under our Constitution and whether any Judgment which is a subject of a pending appeal can be enforced or executed as the consultants now attempt to do? If both questions are answered in the negative, it does not matter if the contracts leading to the claims were entered into by any public official, past or present.”

The governor noted that they would not waste time defending “unsubstantiated claims, maintaining that their role in the Paris Club refund debacle to consultants was to ensure that Nigerians are not unlawfully deprived of resources meant for their development.

“NGF will not, therefore, waste its valuable time to defend unsubstantiated allegations against individuals or persons who are in a position to defend themselves. If NED is sure of his facts, he is at liberty to approach the necessary authorities to bring to justice any person or persons and all conspirators (including himself) who were allegedly involved in misappropriating public resources for campaign financing.

“The NGF hereby states unequivocally that it has not at any time been involved in or been in receipt of $100m or any other funds from NED Nwoko to finance elections in any state,” the statement added.

BPE briefs presidency on takeover of Kaduna, Kano, 2 other DISCOs