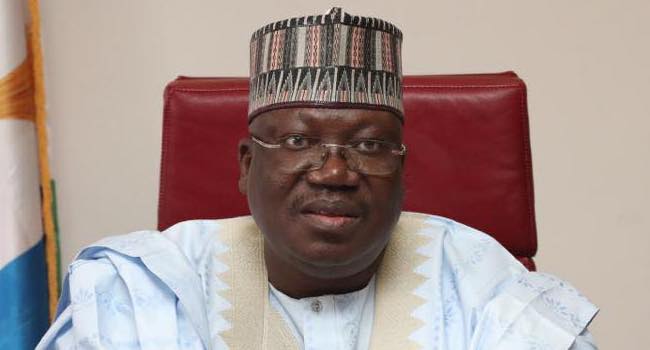 The Senate President, Ahmad Lawan, on Thursday faulted the southern governors’ demand for the restructuring of the country.

Lawan, who was reacting to the 17 governors’ demand for the country’s restructuring, during a chat with State House correspondents after the Eid-il-Fitr prayers at the Presidential Villa, Abuja, said it was unacceptable for governors and other elected officials to lead such agitation.

The Senate President also blamed the worsening insecurity in the country on the absence of functional local government system.

The governors had during a meeting held in Asaba, Delta State, on Tuesday demanded the devolution of power and state police among others.

Lawan said: “We are all leaders and we are in this together, the solutions must come from us regardless of what levels of leadership we are – whether at the Federal Level, State Level, or even at the local government level.

“I also want to take this opportunity to say that we have diminished the local government system. I think we can attribute the security issues to the absence of a Functional Local Government System.

“I think the time has come for us to take up the challenge and ensure that the local government system functions. This is as we look for ways to curb the security challenge.

“I believe that, as leaders, especially those of us who are elected into office should not be at the forefront of calling for this kind of thing.

“Because, even if you are a governor, you are supposed to be working hard in your state to ensure that this restructuring you are demanding at the federal level, you have done it in your state as well.

“What you may accuse the Federal Government of, whatever it is, you may also be accused of the same thing in your state.

“So, we are supposed to ensure that we have a complete and total way of ensuring that our systems at the federal, state and even local government levels work for the people.

“We must allow people to participate in governance so that whoever feels he has something to offer to make Nigeria better does so freely without any let or hindrance.”

Despite sacking his regime in 1985, President Buhari showers encomium on Dogonyaro