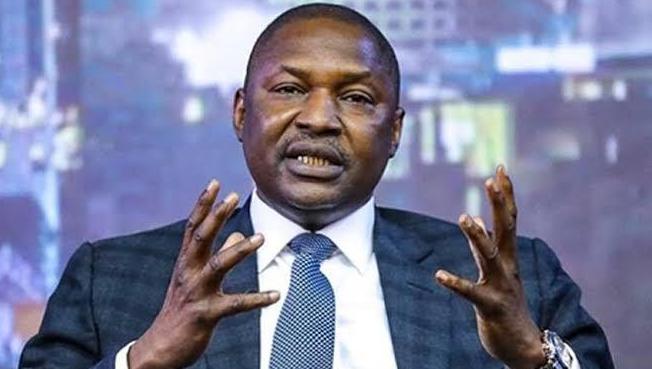 The Nigeria Governors’ Forum has berated the Attorney-General of the Federation and Minister of Justice, Abubakar Malami, over his remark on the deductions from the $418 million Paris Club refund.

The AGF declared on Thursday the 36 state governors have no reason whatsoever to complain about the deductions from the funds paid to consultants.

Malami, who stated this at the ministerial media briefing held at the Presidential Villa, Abuja, stressed that the governors took steps to pay the consultants but later opted to stop the payment and asked for an out-of-court settlement instead.

He insisted that the governors’ complaint on the matter was unjustified.

The Federal High Court, Abuja, had last year restrained the Federal Government from taking money out of state coffers to pay the disputed funds.

The spokesman of the NGF, Abdulrazaque Bello-Barkindo, who featured in a Channels Television’s programme, Sunrise Daily, wondered why the AGF was so concerned with individual claims to public funds.

He urged Malami to focus more on how the government would support higher education rather than diverting funds to individual wallets.

“The Paris fund money has been exhausted, and the consultants and the attorney general are expecting the money to be deducted from states’ accounts from sources over 52 or 58 months. That is unheard of.

“And what the NGF is saying is that there is no money to be paid and the monies that have been paid are gross errors.

“Where they are asking the monies to be gotten from is the biggest sacrilege. This money belongs to the states, the masses of this country and because you’re powerful, you want money to be taken and given to you.

“That’s why they are using the attorney general of the federation to get the money at the source because the state does not have any reason [to pay].

“What the attorney general is claiming that there is a consent judgement is what the NGF is saying did not exist.

“What the NGF is asking for is evidence of work done. Some of them said they have constructed primary health cares across the country, and other said they have provided boreholes, these are physical things that you can show.

“This matter is in court. The court is the only authority that can determine clearly whether there is a reason for payment or not, why are highly placed lawyers afraid of their own platform?”

Related Topics:MalamiParis Club refund
Up Next