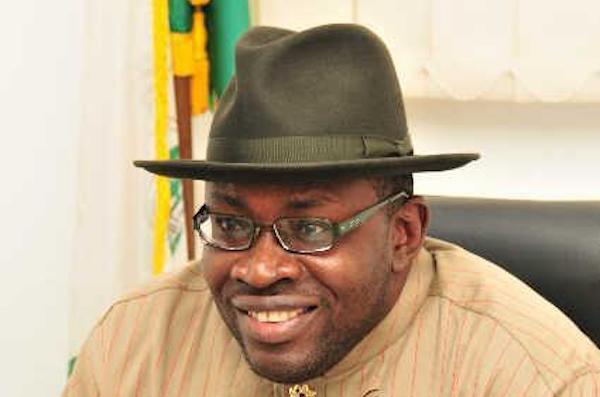 Governor Seriake Dickson of Bayelsa State on Wednesday, said Balyelsans were doubting the impartiality of the Independent National Electoral Commission (INEC) in the forthcoming November 16 governorship election in the state.

Dickson’s Chief Press Secretary, Mr Fidelis Soriwei, in a statement on Wednesday, said Dickson made the comment while speaking on political developments in the state in a live media chat in Yenagoa.

The governor, who challenged INEC and other state institutions to exhibit a high sense of professionalism by conducting free, fair, credible and peaceful election on November 16, also called on the security agencies to resettle all internally displaced persons in the Bassambiri, Nembe local government areas and Peremabiri in Southern Ijaw. This, according to the governor, is necessary so as to prevent the disenfranchisement of voters in the election.

The outgoing governor also urged the leader of the All Progressives Congress (APC) in the state and Minister of State for Petroleum Resources, Chief Timipre Sylva, to collaborate with the state government in ensuring peaceful election and desist from promoting political violence.

He said: “The activities of INEC have not given confidence to Bayelsans. People were driven away from Nembe Bassambiri, and they allowed materials to go into volatile areas to declare manipulated results. INEC should do what is right rather than colluding with undesirable elements to perpetrate crime.

“The security agencies should do the right thing to return the displaced people of Nembe Bassambiri to their community so that they can vote in this election. The leader of the APC, Chief Timipre Sylva, should renounce political violence. He should collaborate with me to ensure a violence-free poll.”

Dickson, who also described the APC as a party in distress, challenged the governorship candidates to hold healthy debates on issues of governance to enable the electorate to assess their capabilities.

The governor also insisted that the decision of the leadership of the APC to give major appointments to defectors into their party was a pointer to the fact that the APC is a party without people and structures and unprepared for election in the state.