Home » Politics » Govs back FG on state police, but say it should be for select states 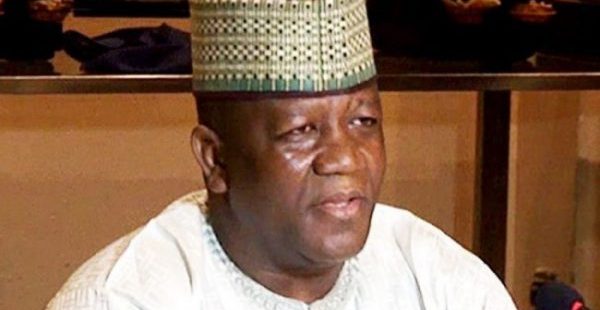 Less than one week after the Vice President, Yemi Osinbajo said the Federal Government will support the creation of state police, governors of the 36 states have thrown their weight behind the move.

Chairman of Nigerian Governors’ Forum (NGF), Abdulaziz Yari, who spoke on behalf of other governors on Monday, told newsmen on the sideline of the just-concluded Security Summit organised by the Senate, that the creation of state police is the only solution to the security challenges in the country.

“We cannot realistically police a country like Nigeria centrally from Abuja. State Police and other community policing methods are clearly the way to go.”

Yari said: “The first primary responsibility of government anywhere in the world is to ensure that the lives and properties of citizens is protected. And there has been so many challenges in Nigeria for the past 10 years ranging from Boko Haram, cattle rustling, armed banditary, militancy in the Niger Delta dwindling the economy and even threatening the unity of the nation.

“The take home from this summit is that the Vice President raised some of the key discussions on the 17 of August about the issue of state police. The state police is something we have agreed, but at a later time when the Forum was divided into two, some governors played to the gallery, which is unfortunate.

“Today, we have reiterated the position of the Vice President on the security summit we held in August last year, that there is a need for state police. And we can say it is only the answer. The police of today are inadequate.

“So, if we look at the ratio, it is far below international standard. Therefore, we in the Forum agreed that we can find a way that we can fine-tune the issue of State police.”

“The federal police in Lagos, they can reduce the number and send to Osun, Ogun and other states that cannot do it. If Rivers State can afford it, the number of federal police can be redeployed to Cross River and other neighbouring states like Enugu that cannot do it. If Kano State can do it, they can take to my state that is not all that rich. It is something that we cannot take up at the same time and land at the same time.”

Meanwhile, chairman of the adhoc committee on the just-concluded Security Summit, Senator Ahmad Lawan, in a statement released on Monday, said the thrust of the gathering was to proffer solutions to serious national security challenges.

He said with contributions from Service Chiefs and other players in the security circle, a new security architecture will be developed.

Lawan said: “The successful two-day event served as an opportunity to survey the nation’s current security situation and to place all issues on the table in an effort to find short and long term solutions to the nation’s security challenges. Important assessment briefings were provided by the heads of security and intelligence agencies.

“Summit presenters and attendees focused on the areas of weakness that should be strengthened and the various assets at the Federal Government’s disposal, particularly, ways to strengthen security through the deployment of assets.

“The primary purpose of the summit is to reassure citizens that all arms of government are serious about addressing insecurity and are working collaboratively to find solutions. Out of the whole-of-government effort, Nigerians can expect a higher level of security to protect lives and property.”
By Ehisuan Odia…