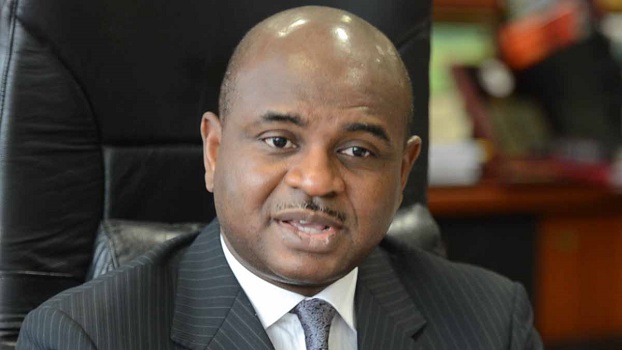 A former deputy governor of the central Bank of Nigeria, Kingsley Moghalu has lamented that the Nigerian government’s involvement in economic issues is the main albatross holding down the nation’s economy.

According to him, government was too involved, and has politicized economic policies, instead of leaving the issues to the forces of demand and supply to push the economy.

He spoke on Monday, during an interview on Arise TV, where he stated that leaders need to summon the political will to implement policies and decide what it wants, instead of playing politics with everything.

“You can not run an economy without a clear philosophy. We are not sure whether Nigeria is a capitalist country, statist economy (or) something inbetween, it’s not clear.

“The government of Nigeria is involved too much, and too deeply in the Nigerian economy.”

According to him, such involvement creates room for corruption.

“Once you do that, it creates room for corruption, arbitrage, and perversion of the free flow of the market.”

Reason for gap between official forex rate and black market

Moghalu blamed two factors for causing the gap between the black market rate for forex and the official rate recognised by the CBN. He said government control is one.

He said the CBN’s control doesn’t reflect the market’s reality, stating that the black market meets the real demand of forex within Nigeria, noting that’s why some individuals with access to I&E window, take dollar out and exchange it in the parallel market.

The former CBN deputy governor also stated the influence of the 43 items banned by the government on the forex rate.

“You find that the price at the I&E Window is about N410 to a dollar, but on the black market, it has gone down to N470. A gap of about N160 between the official window and parallel market, it indicates a very serious crisis.

“Because of the official policy that tries to control the official window of forex and so people who have access to those window benefit, because they can get those things and sell them in the black marke where most of the demand is being met unfortunately.

“There’s also the 43 items that are banned. Again, many people need those items, and also buy the money on the black market..

“So the focus of controlling the price of the naira relative to the dollar, that price is not supported by the reality of economics, reality of demand and supply, reality of whether the economy is complex to export things and end forex – that’s the problem we are facing.”

Moghalu said the problem with the exchange rate is not new, but that it has only gotten worse as government’s control has failed consistently. But within 2009 to 2014, he said CBN could keep the rate down because it was independent from political influence.

Speaking on the political influence, Moghalu said, “And the reason this is happening is because the government feels a political imperative to control the price of the naira relative to the dollar, but it has consistently failed over many years.

“Let me remind you that I was a deputy governor of the Central Bank. This problem is not new, it has only gotten worse. When I was at the Central Bank, the exchange rate was between N160 to N165 most of the time.

He said during his time at the apex bank, between 2009 and 2014, which is before the current administration came in, there were some reforms that were made.

According to Moghalu, they ensure free flow of capital importation and made things very easy for investors. He listed the reform of the banking and financial system, including the payment system, and “We jealously guarded our independence as a Central Bank.”

The investment banker said these are factors considered by investors when they want to invest in a country, including the quality of the institutions that they directly deal with, and wondered whether the central bank is independent.

Although, he said that there were so many factors that caused the situation Nigeria was currently in.