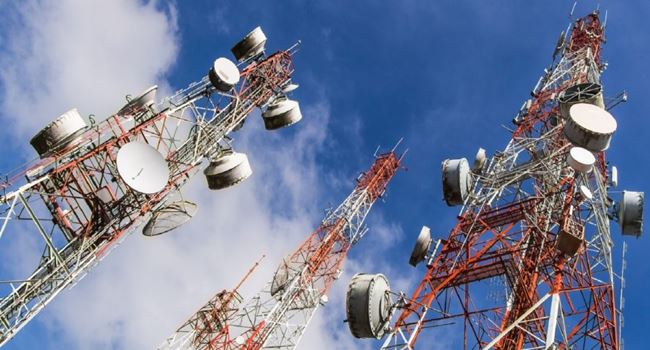 The Director-General of the NCAA, Capt. Musa Nuhu stormed the location of the facility on Wednesday supervised by the Minister of Aviation, Sen. Hadi Sirika.

Speaking after shutting the facility, the DG said the action would continue on some of Glo’s Main Switch Centres (MSC) across the country until they commit themselves to a payment schedule as regards unpaid height clearance certificate fees.

The directive to pull down the base station came from the Presidency, the NCAA said.

It was gathered that the telecom firm failed to respond to meeting appointments between them and the Government Agency.

The Agency then decided to put further meetings on hold until they – Globacom- were prepared to explain why they snubbed the agency.

NCAA wrote to the Managing Director of the Telecommunications company a letter, titled ‘Re: Illegal Erection Of High Structures And Refusal To Renew Expired Height Clearance Certificates By Globacom Limited, and signed by Emmanuel Dubem Chukwuma, its Legal Adviser/ Head Compliance and Enforcement.

The letter forewarned of the resolve to pull down the base stations since the Telecom firm refused to honor the most recent summon for a meeting on September 23 to discuss their expired height clearance certificate.

“It is unfortunate that despite our concurrence to a further rescheduling of the meeting to a requested date, and so informing you through our letter of 13th September 2021, you failed to turn up for the meeting. The Director-General of the NCAA had to abort an official assignment in Europe and return to Nigeria, in order to be able to attend the meeting”.

The NCAA, said that the Globacom group only wrote a letter three days after, requesting for the rescheduling of the meeting without explaining why they were absent in the first place.

” I am directed to inform you that the NCAA is not disposed to granting this latest (fourth) request to reschedule the meeting, particularly as no reason was given for your non-attendance at the last date.

“In this circumstance, having exhausted all avenues of a resolution of this matter, we are now left without a choice but to apply the relevant sanctions, including the dismantling of all your non-compliant masts nationwide. And this shall be without further notice to you”; the letter read.

Related Topics:GloGlo facilities
Up Next