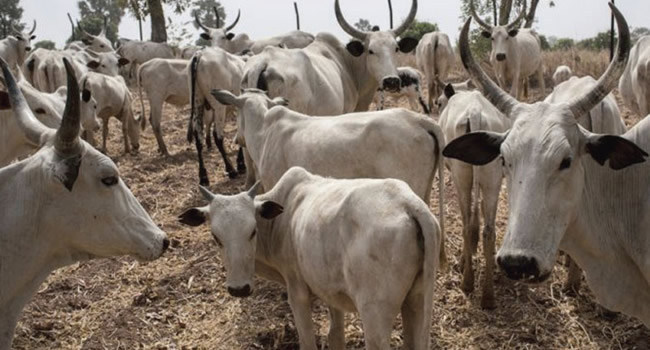 The Federal government of Nigeria has announced that four northern states have received N1 billion in seed funds to establish ranches for cows under the National Livestock Transformation Plan (NLTP).

This was disclosed by Senior Special Assistant to the President on Agriculture, Andrew Kwasari who also coordinates NLTP, a scheme created to settle nomadic herdsmen.

According to him the four benefiting states are Nasarawa, Plateau, Adamawa and Kaduna state.

The Punch reports that Kwasari revealed that the programme is waiting for other states that have shown interest to meet conditions before funds would be released.

Kwasari said: “The fund was released on November 2, 2021. A sum of N1bn was released as seed grant for the four states of Nasarawa, Plateau, Adamawa, and Kaduna through the Ministry of Finance Incorporated.”

Kwasari added, “This represents 80 per cent start-up fund for a pilot model ranch to be constructed for the training of pastoralist and crop farmer households within the grazing reserve and the state is expected to fund 20 per cent of the pilot.”

He explained that this percentage contribution was the major condition attached to the funding, adding that other conditions include the setting up of a State NLTP Company Limited at the state level.

“This is to facilitate the channelling of investments into the project. Of these fund, Nasarawa and Plateau states have accessed a sum of N232,000,000 and work has commenced at the project sites,” Kwasari said.

He added, “As for the release of funds to the remaining states in Tiers 2 through 4, the degree of preparedness of the state teams is a major determinant for the initiation of funds release.

“PACE (Project for Agricultural Coordination and Planning) secretariat is working with the state teams to achieve the required level of preparedness upon which the request for seed funding is based.”

WHO approves 9th COVID-19 vaccine for emergency use