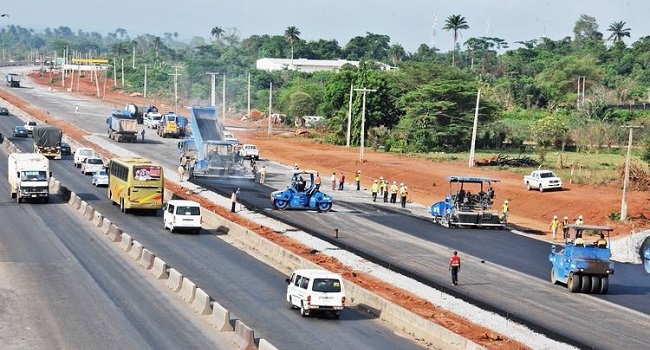 The reconstruction of portions of the Lagos-Ibadan Expressway stretching from the end of Berger Bus Stop to Kara Cattle Market, would be completed by the second week of December, the Federal government has said.

This was disclosed on Thursday by the Director of Highways, South West, Mr Funso Adebiyi, while speaking to journalists during a tour of the road.

He said the target was to complete that critical portion of the road before Christmas when more people would be travelling while the planned traffic diversion on that portion would begin by September 2.

He said palliative work had been done on some portions around the area of diversion to ease traffic for commuters.

“By December 15, we would have worked on the road substantially so that it can be opened again for the Yuletide to avoid traffic jam.

“Total reconstruction is ongoing and progressing and we will be doing major diversions while the work is on. We need commuters to be tolerant.

“We need this inconvenience to get to where we want to be and we need this diversion for us to work due to the high volume of traffic around this portion of the road.

“Palliative work has been done to ensure smooth movement. Those coming in and out of Lagos would have at least two lanes at every point in time.

“We will do everything to complete the road within the time frame given but we need cooperation from everyone, including residents of the area. They should tolerate us during the period.

“It is a short distance but because the area is critical in terms of traffic, there will be adequate provision of personnel as well,” he said.

Related Topics:FGLagos-Ibadan Expressway
Up Next