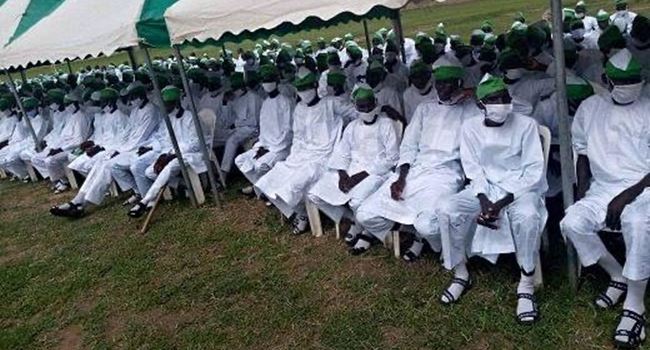 Former aide to ex-President Goodluck Jonathan, Reno Omokri has said that under President Muhammadu Buhari’s government that the laws of Nigeria were not applicable to Boko Haram terrorists.

He wondered how under the government, about 601 ‘repentant’ Boko Haram terrorists were allowed to graduate when the same government would not allow millions of graduating secondary school students to write their final West African Senior Secondary Certificate Exam (WASSCE).

About 601 Boko Haram terrorists said to have repent did their graduation on Saturday.

According to the Coordinator of Operation Safe Corridor, Major General Bamidele Shafa, the 601 deradicalised ex-terrorist combatants graduated at the DRR camp in Mallam Sidi, Gombe.

He said that out of the 601 graduates of the batch 4 which arrived in 2 sets on November 27 and December 14, 2019, 592 were Nigerians from 10 states of the federation while 14 were foreign nationals from Cameroon, Chad and Niger.

Of this number, three died of health complications while one was referred for further medical treatment at the Neuro-psychiatric Hospital in Maiduguri, Shafa said.

He added that another one was withdrawn on disciplinary ground and transferred for re-categorization and prosecution.

“On arrival at the camp, the clients went through documentation processes to obtain vital background information after which they were subjected to comprehensive medical screening to determine their health status

“Their DNA samples were also collected while their biometrics were captured on National Data using the National Identity Management Commission, (NIMC) facilities for future references. The background information serves as guide for the experts; Local Treatment Team (LTT) to properly place the clients for treatment therapies and vocational training. The LTT are specialised experts in various fields of deradicalisation and rehabilitation therapies drawn from the Nigerian Correctional Service (NCoS),” he said.

But responding in a post on his verified Twitter handle, @renoomokri, the former aide to Jonathan said:

“1.5 Million Nigerian Students Whose Parents Paid for @WAECNigeria exams Are Barred By General @MBuhari from Writing WASSCE or From Graduating. Yet, Buhari’s Beloved Boko Haram Killer Terrorists Are Allowed to Graduate in Grand Style!”

Osimhen can match historic feats of Maradona at Napoli —Pinnick