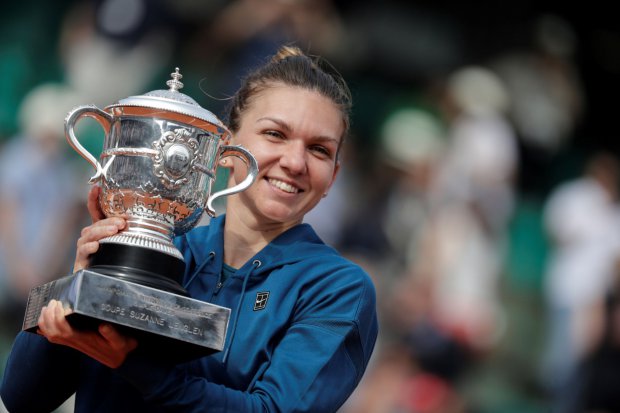 Simona Halep expressed her excitement over her first ever Grand Slam victory at the 2018 French Open, saying she had dreamed of the moment since the start of her career.

The World number one came from a set and a break down against American 10th seed Sloane Stephens to win 3-6 6-4 6-1 in the final on Saturday.

Halep had lost all three of her previous Grand Slam finals, including last year’s Roland Garros showpiece, where she lost to unseeded Latvian Jelena Ostapenko in the final.

The 26-year-old Romanian star said she had given up during the game as she thought another chance to win her first Grand slam had gone. But she was ‘mentally strong’ to finish the match.

“It’s a special moment. I was dreaming for this moment since I started to play tennis,” she said.

“Roland Garros is my favourite Grand Slam. I always said that if I’m going to win one, I want it to be here (Paris).”

Runner-up Stephens, who dominated from the start of the encounter, said Halep raised her game along the line and there was nothing she Stephens could do about it.

“She raised her game, raised her level,” the 25-year-old US Open champion said.

“Not much you can really do about that. I competed the best I could, and the better player won the match.

“She’s had a tough journey. I think winning here is very special for her and I’m glad she finally got her first Slam. It’s a beautiful thing, very special.

“No matter how hard the adversity that you go through, there is always light at the end of the tunnel, and I’m glad she finally got her light,” she stated.