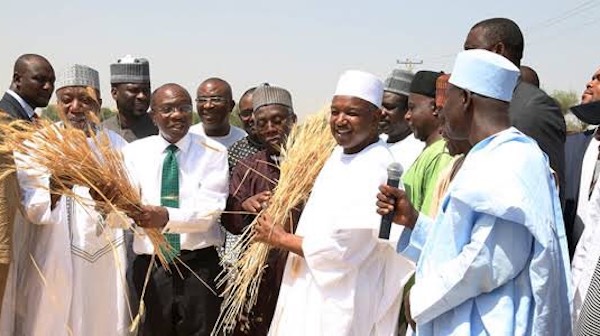 A group in South-Eastern part of the country, Zikist-Buharist Movement (ZBM) has accused the Governor of the Central Bank of Nigeria (CBN), Godwin Emefiele, of marginalising South East and South West in intervention programmes of the apex bank.

In a statement on Sunday entitled, “CBN Governor Marginalisation of South East, Protest To Mr. President,” the group alleged that Emefiele was deliberately marginalising the mentioned regions in CBN intervention programmes.

The statement which was signed by the ZBM chairman, Stanley Ohajuruka, and Secretary, Godwin Onwusi, said the CBN governor had been funding agricultural programmes in South South, his home region and the Northern states, while South East and South West were abandoned.

The group, therefore, called on the Presidency to immediately call the CBN Governor to order before he jeopardised the genuine intentions of this “Next Level” government of President Buhari.

It also expressed fears that if Mr. President did not call Emefiele to order immediately, South East and South West would also be marginalised in the livestock programme.

The statement read: “Whereas the Zikist-Buharist-Movement (ZBM) appreciates the agrarian revolution of President Muhammadu, via the Central Bank of Nigeria (CBN)intervention programme, we wish to report to Mr President that the Governor of Central Bank of Nigeria, Godwin Emefiele seems deliberately to be marginalizing the South East and South West geopolitical zones.

“We have watched helplessly how the CBN has patriotically funded the Cross River, Kebbi and other geopolitical zones gigantic rice projects, the Cotton, Sorghum, Soya beans projects in the north; while the cocoa, palm produce and cassava belts in the South West and South East are more or less abandoned.

“ZBM appeals to Mr President to reign in the CBN Governor the truism that what is good for the goose is good for the gander. As our understanding of Mr President agrarian revolution is for every nook and cranny of the federation to produce what we eat and to diversify our mono-oil economy,” it stated.

ZBM told Mr President that “as things stand the Governor may marginalise the South East and South South in the upcoming livestock projects, forgetting that they want to advance our poultry, piggery, goat farming and fisheries.”