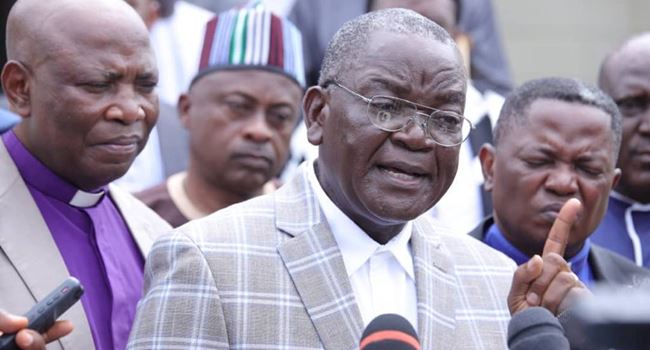 A group, Youth Alliance, has alleged that it has uncovered plans by those it described as “enemies of Benue State” and sponsored by the opposition All Progressives Congress (APC) to launch a media attack on the state governor, Samuel Ortom.

The group in a statement on Wednesday by its president, Zone B, Comrade Ternenge Bendega claimed it reliably gathered “that enemies of Benue State sponsored by the leader of APC in the state have planned to hold a press conference on Friday this week (16th July, 2021) at Rockview Hotel Abuja to launch more attacks on the person and office of Governor Samuel Ortom.

“The attack-dog group assembled to sustain the media assault on Governor Ortom is called ‘Benue Renaissance Group’. It is headed by one Tardoo. He is one of the APC leader’s boys”.

It further claimed, that “a governorship aspirant of APC is the one running the group. He gives them all the false information and negative narrative about Gov Ortom. The man joined APC not too long ago so he is doing everything to impress the leadership of the party so they can give him their ticket for 2023.

“This is the conspiracy these men have devised to cause more problems in Benue. Their aim is to create a false narrative that nothing is happening in the state and eventually call for state of emergency. They are working closely with some herdsmen groups who are looking for any opportunity to visit more pain on Benue. He is a friend of a former Governor of Kano state who has promised to support him to become governor of Benue so he can support the conquest agenda of the state. He agreed.

“We want these traitors and their sponsors to know that Benue state is not up for sale! We won’t allow anyone to betray us for his personal gain. Those colluding with Fulani Jihadists to take over our land and have seen Governor Ortom as the only obstacle must know that they have all of us to contend with. They will fail again!”, the statement concluded.