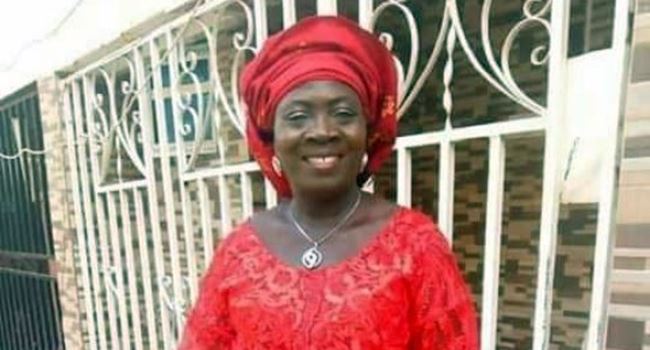 The murder of Salome Abuh, a woman leader of the Peoples Democratic Party (PDP) in Wada Aro, Ochadamu Ward in Ofu Local Government Area of Kogi State has been condemned by the National Council of Women Societies (NCWS).

The group which reacted to the incident through its National President, Dr Gloria Shoda, on Wednesday in Abuja, frowned at the killing, stating that the murder of the PDP woman leader was unacceptable.

Reacting further, the NCWS demanded that a full investigation by the police be carried out immediately to fish out those behind the murder of Salome.

“The gruesome murder of Abuh by rampaging political thugs in Kogi on Monday is most outrageous and must be investigated to deter future occurrence,” she said.

Shoda lamented that it was the fear of violence that discouraged women from being active in politics and on many occasions, acts of violence, intimidation and harassment were visited upon them and that most times the perpetrators were not brought to justice.

“This fear has now played out before us and we find this wrong and unacceptable and call on the Inspector General of Police, Mr Mohammed Adamu, to conduct a forensic investigation and ensure perpetrators of the heinous act are brought to book and justice is served.

“No one should be allowed to get away with this kind of evil act against a fellow human being and we condemn it in its entirety, “she said.

The Kogi State Police Command had informed that the burning to death of Salome by suspected political thugs was a reprisal attack.

Do you have a mobile app for finanacial transactions? Then you’re among 150m Nigerians open to e-fraud