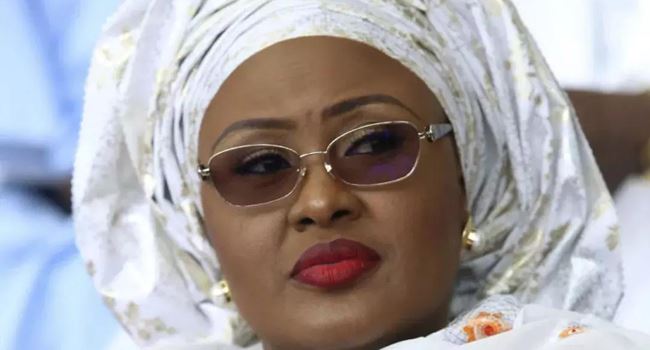 The Buhari Media Organisation (BMO) has described as deserving of accolades rather than condemnation, the bid of the first lady, Aisha Buhari to establish a university in honour of her husband.

Aisha had few days ago said she would establish a university, named after President Muhammadu Buhari, in Adamawa State to cater for the educationally disadvantaged North Eastern region of Nigeria.

The decision of the first lady has since generated controversy, with the Academic Staff Union of Universities (ASUU) condemning the move.

But the BMO a statement signed by Niyi Akinsiju and Cassidy Madueke, Chairman and Secretary respectively, said the first lady was misconceived.

It noted that the first Lady was not relying on state funds but would pull resources from donations to finance the dream.

The statement read in part, “The Wife of the President, Mrs Aisha Buhari chose to set up a University which she has said would be named after her husband, Muhammadu Buhari. Some have mistaken this charitable venture to be as previous non-charitable endeavours by a former President and his Vice“.

“It is important to note that Mrs Aisha Buhari is embarking on this as a private citizen as she has no official capacity constitutionally recognised. She is using the goodwill of her position to pool resources to invest in education that would be affordable to Nigerians.

“Mrs Aisha Buhari would not be exploiting state resources to set up this university, she has no such funds as well to set it up. It would be funded, according to her, by donations.

The group added that Mrs Aisha Buhari has always been an independent minded woman, with a strong will and passion for what she believes in, and if she believes that an intervention in Education is necessary, and she is willing to pool resources to improve the lives of poor Nigerians, she should be encouraged.

“Mrs Buhari has a strong passion for women and girls. She is concerned about their education. She believes that all that is needed to give them the necessary education must be done, and she is doing that by seeing to the setting up of a university that would make access to education for them easier,’’ it said.

NASS LEADERSHIP: There may be a repeat of what happened in 2015 –Shehu Sani