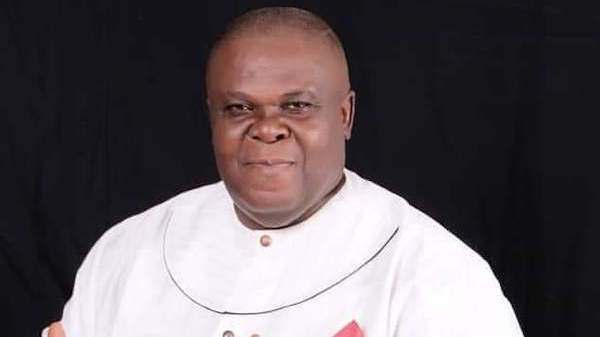 A group of youths, under the aegis of Isiala Mbano Youths Movement, has accused the Imo State House of Assembly Speaker, Chiji Collins, of abandoning his legislative duties to become an “errand boy and bodyguard” to Governor Emeka Ihedioha.

The group, therefore, vowed to start mobilizing the people of Isiala Mbano state constituency for his recall.

In a statement signed by the leader of the group, Kelechi Uzomah and made available to newsmen on Wednesday, the youth group also said since emerging as speaker, Collins had been far from his constituency.

It said from the body language of the speaker, it had become glaring that if allowed to continue as the representative of Isiala Mbano constituency, the people would gain nothing but regrets.

“A stitch in time saves nine. The earlier we recall Collins the better for Isiala Mbano. From the looks of things, it has become clear that he has no meaningful plan for his constituency. He is rather busy chasing shadows and personal aggrandizement,” Uzomah said.

Among other allegations, the group said Collins was slashing the salaries of appointees, an act they claimed had become embarrassing to the people of Isiala Mbano.

He insisted that Collins must be recalled to serve as a deterrent to other leaders in plum political position who may want to take the people for a ride.

Collins won the Isiala Mbano House of Assembly seat under the platform of the All Progressives Grand Alliance (APGA).

He, however, emerged as Imo Assembly Speaker in June unopposed, three days after he dumped APGA for the ruling Peoples Democratic Party (PDP).