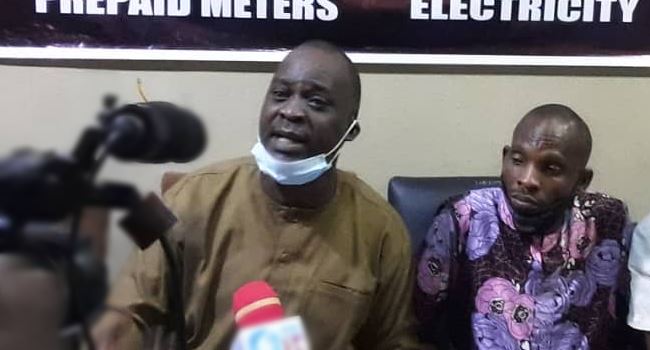 The Centre for Human Rights and Social Justice (CHRSJ) has revealed that it would join a nationwide community campaign against some electricity distribution companies (DisCos) in the country over unwholesome practices.

According to the human rights group, the nationwide campaign which will kick off at Otemuyi-Adiyan Zone aims to put an end to the epileptic power supply and demand free prepaid meters.

A statement signed by the CHRSJ’s Executive Chairman, Comrade Adeniyi Sulaiman on Monday further disclosed that the nationwide campaign might lead to “picketing” of the IKEDC office in Otemuyi-Adiyan Zone.

Mr Sulaiman also said that the campaign rally is a call to sensitise citizens of the area on their right to regular electricity while warning the authority of the IKEDC to caution their officials, identified as Pat Mbata, who had to threaten to disconnect power from the area because of the residents’ refusal to allegedly “give her bribe after installation of Pre-paid meter in their buildings”.

He also called on the authority of the IBEDC in Iwo, Osun state to also caution their staff, especially one simply identified as Musa.

The statement reads in part, “It would be recalled that ‘Where’s The Light Movement‘ had commenced a nationwide Community Enlightenment Campaign for 24/7 Regular Electricity Supply in Nigeria in Alimosho Local Government of Lagos on Saturday, February 20, 2021.

“The Campaign with the theme: ‘March Against Darkness, Electricity is a Right, Not a Privilege’, is to sensitize citizens and communities to demand free prepaid meter, to reject crazy estimated billing, demand the reversal of tariff to N13.2 kwh, demand twenty-four hours regular power supply and ultimately demand a reversion to public ownership of the Power Sector under the democratic control and management of all stakeholders since the privatization has shown to be fraudulent and is worse than public ownership”.

He also called on public-spirited individuals and organizations to “join the campaign to get Nigeria out of decades of darkness, regular power failure, crazy billing, corruption and ineptitude which got worse after the so-called privatization and unbundling of the power sector.”