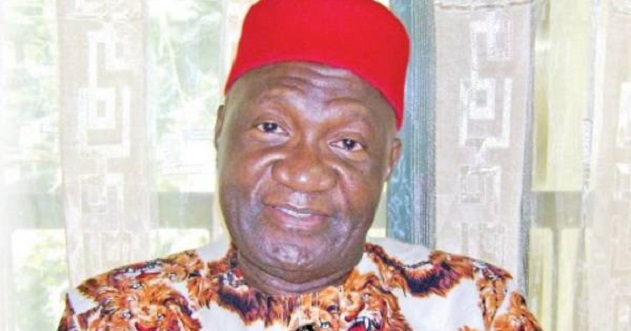 A group, Alaigbo Development Forum (ADF), has called on the people of Southeastern Nigeria to be ready to defend themselves against alleged impending attacks by those it called jihadist organisations.

The group led by Professor Uzodimma Nwala stated this in a communiqué it made available to newsmen on Sunday. It said the communiqué came following exhaustive discussions by its members.

The communiqué read, “There is an agenda of a bloody islamisation and jihad to conquer, occupy, take over and enslave Alaigbo and elsewhere in the Federal Republic of Nigeria.

“Ndigbo should do everything in their power to defend themselves, wives, children and their ancestral land.”

The group also resolved that: “a memorandum to alert Ndigbo in Nigeria and in the Diaspora on the peace, development and security of Alaigbo should be prepared; all stakeholders in Alaigbo, including the governments and traditional institutions in Alaigbo, to pursue a common agenda in the interest of the survival of Ndigbo.

And, to “call on Umuigbo world-wide to liaise with the patriotic pan-Igbo organisations to ensure that all needed resources in Alaigbo support all the patriotic forces engaged in the struggle for Igbo emancipation and security; and that Ndigbo should seek possible working relationship with other nationalities to ensure collective defense of their territories from the jihadists.”

Meanwhile, another Igbo group, the Southeast Enlightenment Network (SE-EN) has faulted the position of ADF.

In a statement on Sunday, SE-EN president, Chimezie Egboh, responding to ADF communiqué said: “The fallout of such mistake would not only be costly, but will also stain the Southeast with the stigma of starting a fight of blame even when there are indications that we have been provoked into taking certain actions.

“We have recent experiences of individuals and organisations that exploited our agitation for fairness and greater self-determination to feather their own nests. Such people went as far as pitching the Southeast against the other five geo-political zones, only to escape to foreign lands to enjoy the money they were paid by our detractors.

READ ALSO: How can Northerners rule for 42 years and the North is still the poorest place in Nigeria?- Moghalu

“These dubious agitators for Igbo rights went as far as inciting our youths to imprudently act in way that cut short their prospects in life while leading to the death of others. This is why we find it alarming that the premises canvassed by Alaigbo Development Foundation uncannily tally with the “Fulanisation and Islamisation” propaganda recently launched by former President Olusegun Obasanjo.

“This divisive concept originally has its root in the campaign message of Atiku Abubakar, the presidential candidate of the Peoples Democratic Party (PDP), who, confoundedly, is Fulani and a Muslim. If he is setting the Igbo up to fight his own people (Fulani and Muslims), we should be wary and ask why he wants to use the Southeast as his disposable cannon fodder.”

Related Topics:ADF on Ndigbo to defend ancestral homeNdigboSE-EN
Up Next