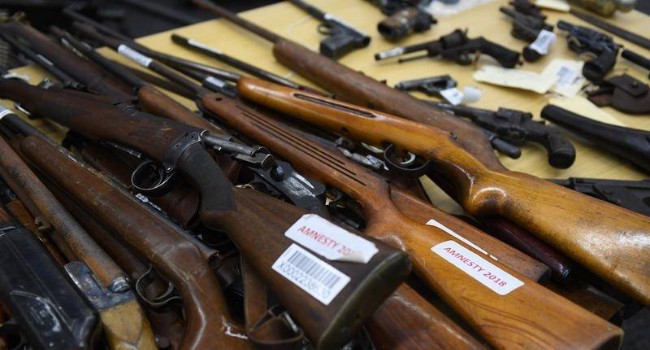 A call has been made to the Federal Government of Nigerian to ensure total mop up of illegal firearms across Kogi State ahead of the governorship election scheduled for November 16th.

The call was made by a group under the aegis of Salvage movement for a better Kogi State which also called on the FG through security agencies to conduct discreet investigations and comb all the 21 local government areas in the state in search of illegal firearms.

The group in a press statement issued on Monday and signed by its chairman, Comrade Hassan Isiaka, also noted that the number of arms and ammunition in the hands of inappropriate persons in the state was worrisome.

The statement by the group reads thus in part; “The influx of illegal arms into the state in the last three years, especially during the last general elections, has made the state a high-risk to live or do business as the state continues to witness violent crime rate.

Read also: I’m the most criticised person in Nigeria today, but ‘mark it, I’ll be president’- Okorocha

The group also lamented the fact that, aside not not paying salaries to workers, the administration of Governor Yahaya Bello had crippled the state university in Ayingba with the sack of over 134 lecturers most of whom are professors and Ph.D. holders.

The group therefore called for a change of guard arguing that a mature, highly intelligent and innovative person with a sound military background should succeed Governor Bello after the November 16th election.

“The damage done to all sectors of our economy by the actions and policies of the Yahaya Bello-led administration will sink the state if urgent measures are not taken by patriotic citizens of Kogi State.

“While the whole world is aware that Yahaya Bello is owing civil servants in the state between five the 39 months salary arrears, this is not the only reason why the people of Kogi State … their governor with passion. He has grounded all critical sectors of the state’s economy! The health and education sectors are the worst hit,” the group added.

Related Topics:Group urges Nigerian govt. to mop up illegal firearms in Kogi ahead of governorship pollkogiKogi group tasks Buhari
Up Next