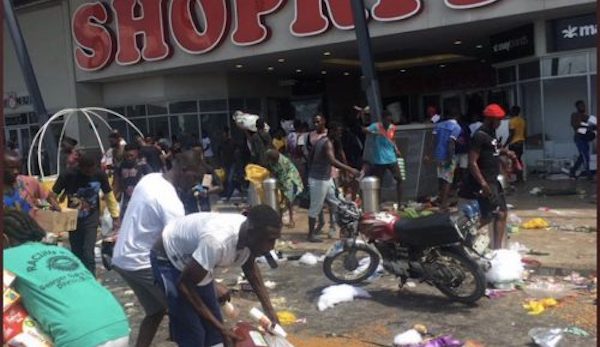 A group, Human Rights, Liberty Access and Peace Defenders’ Foundation (HURIDE) on Monday called on state governors to grant a 14-day amnesty to hoodlums who carted away arms and ammunition during the violence and looting that followed the #EndSARS protests in the country.

The group also called on the state governors to immediately set up a special committee to access the level of killings and destruction of public institutions with a view of compensating victims in their various states.

According to the group, compensation for the families of police officers who lost their lives during the #ENDSARS protests and violence was paramount.

HURIDE, made the calls in a statement issued on Monday and signed by its chairman, Board of Trustees (BoT), Dede Uzor Uzor and Chief Media Officer, Comrade Unah Zack Unah.

The statement reads in part: “We condemn the obnoxious and lackadaisical disposition of some governors especially the South East governors who had done nothing to support the police and boost their moral since after the #EndSARS protest paving the way for criminals to take over streets of each cities unleashing terror to citizens.

“We may not legislate for the Governors how much the state can pay each victim but they can take a cue from Governor Nyeso Nwike of Rivers State who was paying N20m to families of each of the late Police officers in addition to scholarship to their children.”

The group further called on state governors to assist the police authority to rebuild all the stations burnt or damaged during the violence, while also urging them to empower the vigilant groups in their respective states by paying them N30, 000 each to enable them complement the effort of the Police as part of community policing in the State.

“After 14 days, the Police authority should begin aggressive man -hunt of anyone linked with the incident until all the arms in wrong hands are fully recovered,” it added.

Sympathising with families of victims who lost their loved ones during the protest, HURIDE called on the governors to provide compensation to victims, especially those of the Lekki Toll Plaza, Lagos killings by some suspected soldiers.