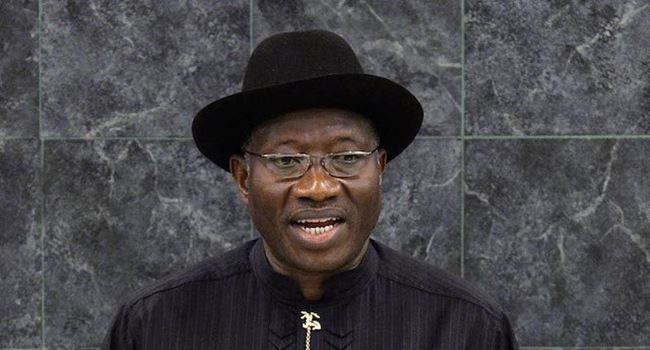 Former President Goodluck Jonathan said on Thursday he was worried over the growing insecurity in some parts of the country.

The former President, in a statement issued by his media aide, Dr. Ikechukwu Eze, also expressed concern over the security of Nigerians, if his residence could be attacked by gunmen.

He, however, said Nigeria would overcome its current insecurity.

Jonathan spoke while hosting the executive committee members of the National Association of Nigerian Students (NANS) who paid him a solidarity visit over the December 24, 2019 attack on his Bayelsa home.

The ex-President told the NANS delegates he was traumatised with the killing of a soldier guarding the building during the attack.

READ ALSO: Nigerian govt to release 2021-2025 development plan
He said: “I thank you for coming to sympathise with me and my family. The fact that a soldier lost his life in that attack traumatises me. That young man wouldn’t have died, the way he did if he was not protecting me.

“Whenever people come to me, just as you people have come, to talk about that attack, I feel worried about the general society. Whenever I consider that people could do that to a former President who has reasonable security guarding him, my mind reaches out to the rest of Nigerians who do not have that level of protection.

“I am worried that so many people are becoming victims of sporadic shootings, kidnappings and so on. I believe that the country will get over the kind of insecurity it currently faces.”