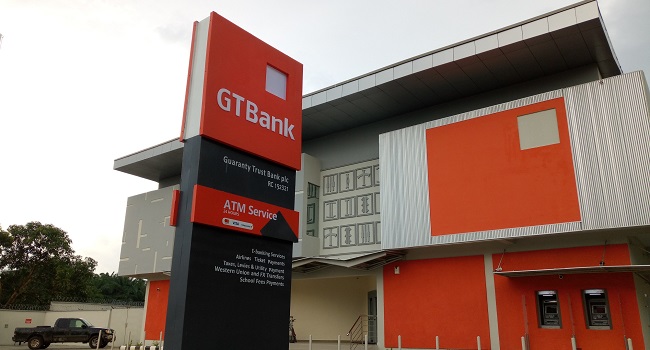 The management of Guaranty Trust Bank, GTBank has reacted to claims that the bank had been absolved by indigenous auto firm, Innoson Group of companies.

The auto company had on Friday announced taking over the bank via a writ of FiFA it obtained at the supreme court judgement over the indebtedness of the bank to the company up to a tune of N8.7 billion

The company reportedly sealed off two branches of the bank in execution of the judgement.

But in a reaction on Friday, the bank maintained that the issue it had in contention with the manufacturing conglomerate was with an account of Nigeria Custom Service that is domicile with the bank and not against GT bank as an entity.

The Bank’s Secretary, Erhi Obebeduo in the statement released said “The attention of Guaranty Trust Bank Plc (‘the bank’) has been drawn statements circulating in the news and social media in respect of a purported enforcement of a judgment of the federal High court, Ibadan, Oyo state, at one of its branches in Anambra state.

“The bank as a law-abiding corporate citizen is taking all necessary legal steps to address this situation and to ensure that no illegal or fraudulent execution is carried out.

“It is important to state that the judgment allegedly in issue is in respect of garnishee proceedings against the account of the Nigerian Custom Service board domiciled with the bank and not against the bank as an entity”, it stated.