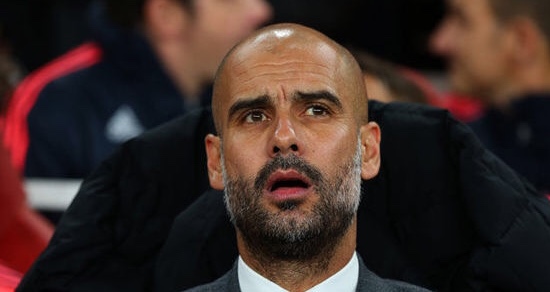 Manchester City manager, Pep Guardiola says five players will be unavailable for their Premier League match against Chelsea on Sunday.

City’s game against Everton at the Goodison Park last Monday was called off due to coronavirus cases at City. But the game at Stamford Bridge would hold.

Guardiola, who did not name the three players that are in isolation alongside Kyle Walker and Gabriel Jesus, confirmed that it was a case of positive coronavirus tests.

“I don’t think the Premier League allow us to name the players but you will know [on Sunday],” Guardiola said.

Guardiola said City had enough players to play at Goodison Park but the match was postponed because the tests results were returned earlier the same day.

“We wanted to play but on the day of the game, with more cases, we informed the Premier League,” Guardiola said.

“I personally called (Everton manager) Carlo Ancelotti to explain the situation because the day before we were in touch about what would happen and the huge risk.”

City have two games in hand but are standing on eighth spot in the table, same points as sixth-placed Chelsea.

Jonathan charges Nigerians to maintain hope, strive for honour in 2021