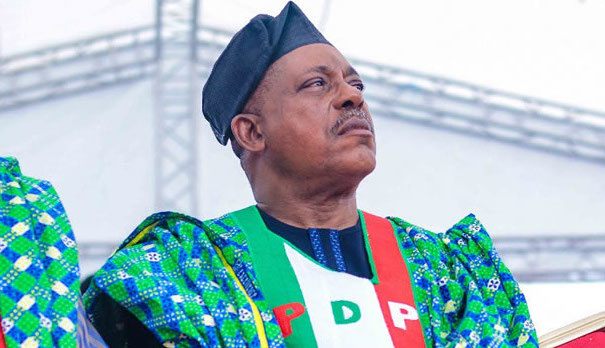 The National Chairman of the Peoples Democratic Party (PDP), Uche Secondus, on Friday accused the police of harassing governors elected on the party’s platform ahead of the governorship election in Edo State.

Secondus, who disclosed this at an emergency press briefing in Abuja, said information available to the PDP indicated that the party’s governors were being harassed by the police at the West End Hotel, Benin City, where they are currently staying

He said: “We have information that governors of the APC, including the governor of Imo State, Hope Uzodinma and the Deputy Senate President, Ovie Omo-Agege are staying at the house of the former APC National Chairman, Adams Oshimohole.

“But our own governors who are staying at the West End Hotel in Benin City are being harassed by policemen.

“If APC governors are in Benin, the PDP governors should be in Benin. Our governors would remain in Benin, no one can intimidate us.

“We are bringing this to the attention of the international community. The Edo election must be allowed to hold.