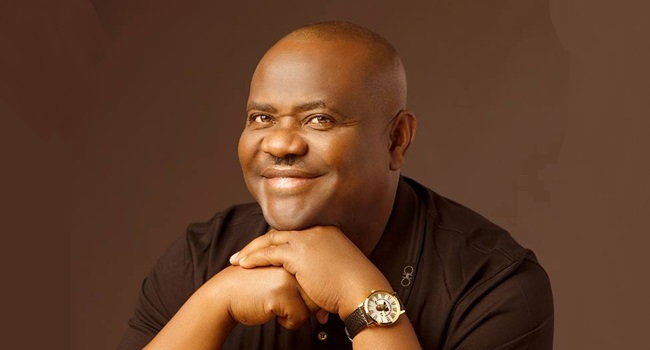 The sitting governor of Rivers State, Nyesom Wike has revealed that the conspiracies and gang-ups against him during the last governorship polls in the state were heavy, but God came down and showed his hand.

Wike who revealed that much during a solidarity and thanksgiving service by the Anglican bishops of the Province of Niger Delta at the Government House, Port Harcourt, said God personally intervened in the electoral turbulence of the state to give Rivers the desired victory.

He said; “We give God the Glory for what has happened. During the period of turbulence, the Church prayed and God heard her prayers.

“God came down and intervened on our behalf.  Our thanksgiving to God will never be enough. But, for the intervention of God, there is nothing anyone would have done.

“All the conspiracies and gang-ups were heavy, but God showed his presence. When you have challenges, then you know there is God,” he stated.

Read also: ZAMFARA: INEC declares PDP winner in all but one of the elective positions in 2019

Governor Wike urged the clergy to pray for God to give him the wisdom to appoint officials that would be committed to the development of the state during his second term.

“People do all manner of things these days to manipulate the system. We need God’s  guidance for people who will be sincere to work for the state.”

Governor Wike said he was not carried away by congratulations and praises, as he remains focused and would never let down his guard.

“I will not let my guard down. I don’t trust anybody totally.  This is because circumstances can change anyone. My firm belief is in God, Who will never change,” he said.

ZAMFARA: APGA to approach court, presents grounds why Matawalle should not be governor