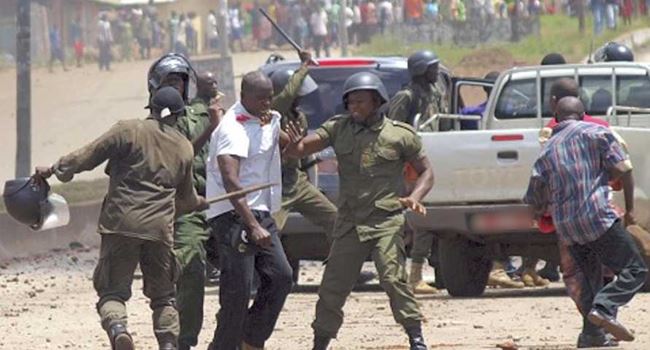 The political unrest in Guinea has reached unprecedented dimensions after two anti-government protesters were gunned down by security forces on the first day of open-ended protests against President Alpha Condé.

Reports say scores of opposition leaders, politicians and activists that called the demonstrations were also arrested as they demonstrated against President Condé’s suspected plan to amend the constitution so he can serve a third term.

One protester – a student – was killed in the capital, Conakry. A second youth died in the northern city of Labe.

Conakry was largely deserted on Monday, with businesses, schools and markets staying closed but correspondents say it is unclear how long the population will be willing to heed calls to shut down the city.

The opposition has vehemently kicked against the third term push by headstrong President Conde who is due to step down as he will have served the maximum two terms in office.

Fodé Oussou Fofana, a member of Guinea’s main opposition party, the UFDG, described the president’s announcement which has led to large protests in recent months in which at least 20 people have been killed by the security forces, as a “constitutional coup” and a “fraud”.