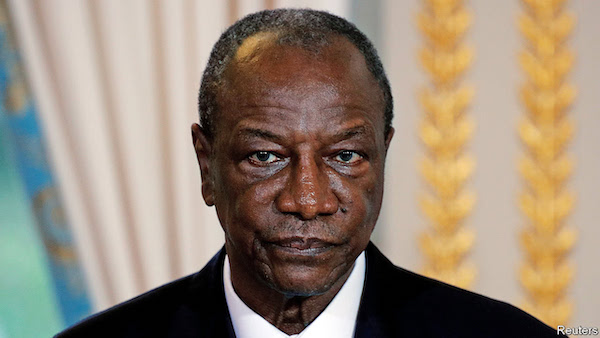 The incumbent President of Guinea, Alpha Conde is coasting home to victory as preliminary results from Sunday’s presidential election indicate that he is set for first round victory.

According to fresh results released by the Electoral Commission on Friday, Condé, is the clear leader in the race with a lead of 1.2 million votes with 37 of 38 electoral districts counted.

But the main opposition candidate, Cellou Dalein Diallo, has complained of large-scale fraud and has declared himself the winner of the presidential election.

Meanwhile, there were gunshots heard in Guinea’s capital Conakry as supporters of Diallo clashed with police, witnesses are quoted as saying to Reuters news agency.

“There were warning shots. The police intervened to clear the barricades and disperse the demonstrators,” Oumar Camara, a local resident, is quoted as saying to Reuters.

There has been widespread violence in Guinea since the election and after President Condé’s controversial decision earlier this year to seek a third term, which required a change to the constitution.