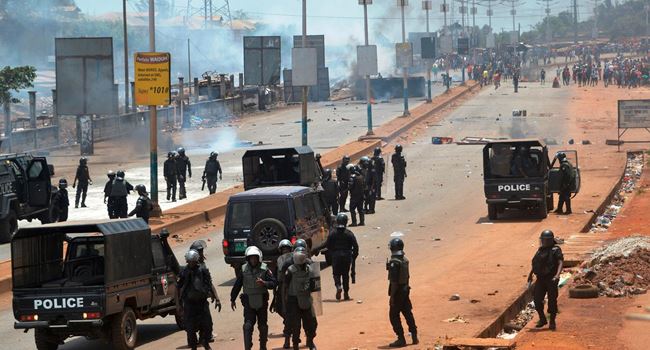 Violence has erupted in Conakry, the capital of Guinea as soldiers have been deployed by the government to assist the police in dealing with scores of citizens protesting against President Alpha Condé.

Results released from 37 out of 38 constituencies show Mr Condé gained 2.4 million votes, well ahead of Mr Diallo with 1.2 million votes. Some other opposition groups boycotted the poll.

At least 10 people, including two police officers, have been killed since Sunday’s poll, according to the authorities. Other sources put the figure at 20 deaths.

WHO warns countries on ‘dangerous track’, as researchers say US covid-19 death toll may exceed 500,000