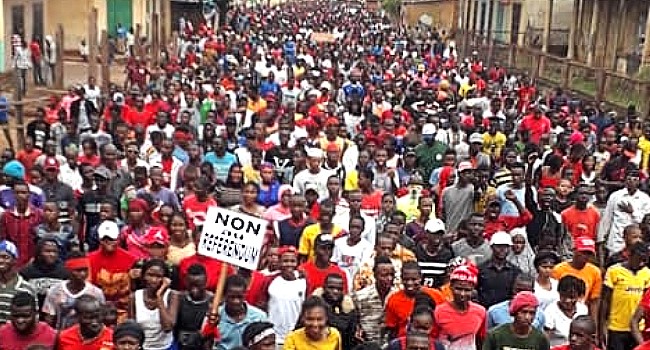 Guinea’s opposition has denounced what it called a large-scale fraud aimed at preventing it from winning Sunday’s presidential election and returning President Alpha Condé for a third term.

The campaign manager for the main opposition challenger, Cellou Dalein Diallo, in a statement on Tuesday said the administration of President Alpha Condé was doing everything possible to modify the results in his favour.

Final official results have not yet been released but Mr Diallo told journalists and his supporters on Monday that he had won the first round of the election despite “anomalies”, with three people reportedly killed since the opposition leader claimed victory.

Meanwhile, Guinea’s government has condemned the spread of “fake news” online following the first round of Guinea’s presidential elections on Sunday.

Minister of Foreign Affairs Mamadi Touré denounced as “completely false” a video circulating online claiming to be a recording of a phone call made by President Alpha Condé conceding defeat to his rival Cellou Dalein Diallo.

He dismissed another viral post claiming that diplomats were putting pressure on President Condé “to accept defeat and that he was trying to “negotiate a second round to avoid humiliation in the first round”.

A new Nigeria about to birth with #EndSARS protests –Dan Orbih