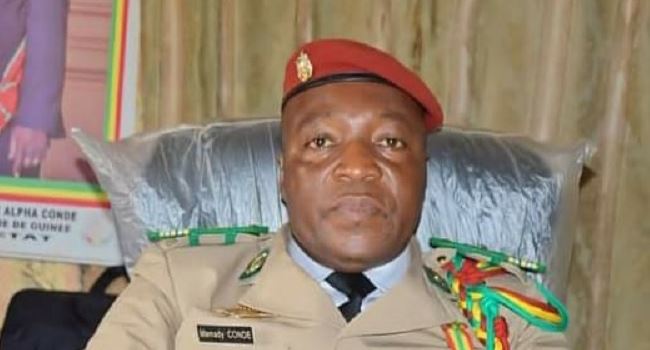 Tension is on the rise in the West African country of Guinea following the fatal shooting of a senior army officer identified as Col Mamady Condé two days ahead of general elections.

Reports on Friday revealed that the late Col Condé was shot dead in the early hours of yesterday at a military camp in Kindia, 130km (80 miles) north-east of the capital, Conakry.

Further report states that residents of the nearby neighbourhood of the military camp in Kindia heard gunshots at 02:00 local time and heavy shooting continued for about five hours.

The minister of defence issued a statement saying that Col Condé had been killed with authorities revealing that the situation was now under control and that a search was under way to find the soldiers involved.

The shooting comes just two days before a presidential election in which President Alpha Condé is running for a controversial third term with reports of an attempted mutiny and that soldiers had seized weapons to free some of their colleagues who had been detained.

Four suspects arrested in connection with beheading of French teacher