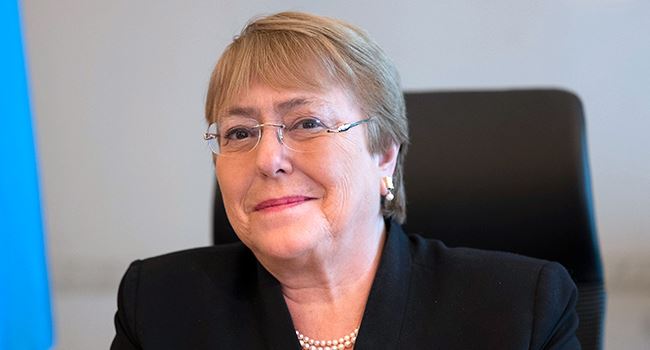 The United Nations has warned politicians in Guinea to curb hate speech rising in the lead-up to general elections, warning the situation iwas “extremely dangerous” and may lead to violence.

In a joint statement on Wednesday, the UN rights chief Michelle Bachelet and Pramila Patten, the world body’s acting special adviser on the prevention of genocide, decried the “increasingly pervasive and divisive appeals to ethnic affiliations” before the October 18 vote.

They also urged the candidates to “refrain from using provocative language that may lead to violence, discrimination and other human rights violations”.

The country’s 82-year-old President Alpha Conde, who is seeking a controversial third term, is largely backed by Malinke people, while his main opponent, Cellou Dalein Diallo of the Union of Democratic Forces of Guinea (UFDG) party, is largely backed by Fulani people – although both insist that they are pluralist.

“Given the history of intercommunal violence in Guinea, I am deeply worried about such dangerous rhetoric by political leaders, which in some cases may amount to incitement to hostility, discrimination or violence,” Bachelet said.