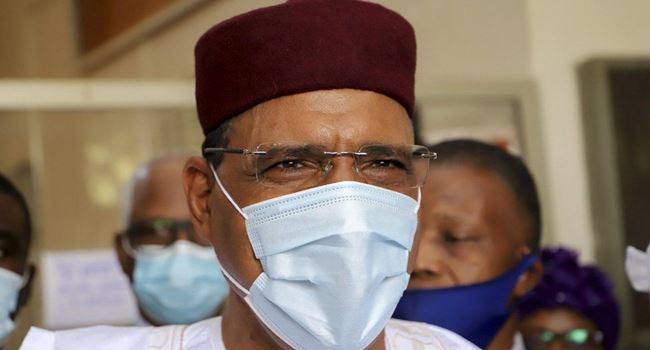 Two days before the swearing-in of president-elect Mohamed Bazoum, heavy gunfire was heard near Niger Republic’s Presidential Palace in the capital early Wednesday for about twenty minutes.

A few soldiers were reportedly arrested, according to a security source, as calm returned to the capital, Niamey.

“Heavy gunfire was heard for half-an-hour in the presidential palace area. The presidential guard repelled the attack and the situation seems to be back under control,” France 24 reported.

Witnesses who spoke to a news agency in Niamey said the heavy gunfire early Wednesday lasted between 15 to 20 minutes.

“The gunfire lasted about 20 minutes,” another resident said.

The US Embassy in Niamey put out a security alert saying it would be closed on Wednesday “due to gunshots heard near our neighbourhood.”

Customs reveals how donkeys, motorcycles are used to smuggle in arms, ammunition