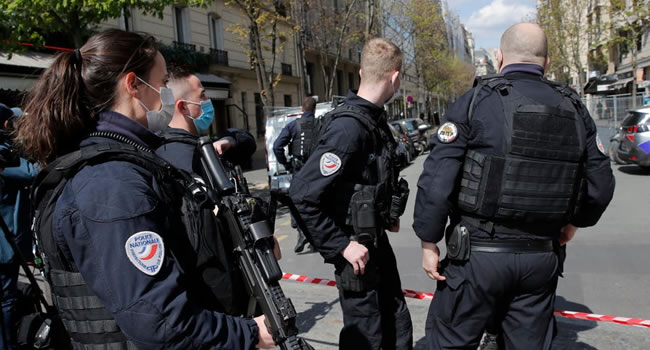 A gunman, who opened fire in front of a private Red Cross Hospital in Paris on Monday afternoon, has killed one person while severely wounding a female security guard who tried to intervene.

The attack took place outside the Henry Dunant Hospital in the French capital’s 16th Upmarket arrondissement, when the gunman reportedly pulled up outside the hospital on a scooter and shot at a man and a woman, leaving one dead, a local police officer confirmed.

The attack, according to a police statement, happened at 1.40pm, and both victims were receiving medical attention at the scene, before one succumbed to his wounds.

The statement added that the attacker fled the scene immediately after shooting the victims while a manhunt has been mounted for him, just as nothing was known about the motive for the attack.

“The injured person is being treated at the Henry Dunant Hospital, which sits in one of the most high-end districts of Paris, and is also being used as a Covid-19 vaccination centre.

“We are still gathering evidence. So far, witnesses have said the incident looked like a targeted assassination,” the statement added.