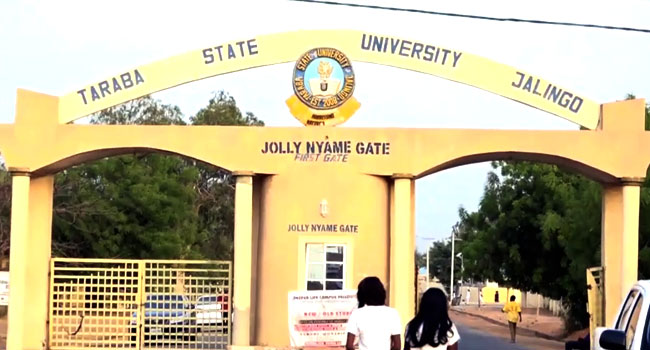 Unknown gunmen in the early hours of Sunday abducted a lecturer of the Taraba State University, Jalingo.

The lecturer, who is simply identified as Umar Buba, is the Head of the Forestry and Wildlife Management Department at the university.

The institution’s Vice-Chancellor, Prof. Vincent Ado-Tenebe, confirmed the lecturer’s abduction in a statement on Monday.

Ado-Tenebe, who visited the scene of the incident, said the hoodlums fired sporadic gunshots to displace the security officials attached to the staff quarters during the attack.

He said: “This is a very sad story. This incident last occurred about two to three years ago when our Director of Information was kidnapped. After that, we put so many strategies on the ground to prevent ugly situations in the future.

“I am so surprised that this happened again, and I know that we have police and NSCDC personnel. Our security outfit and vigilante members were hired by the institution to keep the place safe and despite all of these, the former Dean of Students Affair has been kidnapped.”

He said the police operatives are on the trail of the kidnappers to rescue the lecturer.

Related Topics:gunmenTarabaTaraba State University
Up Next