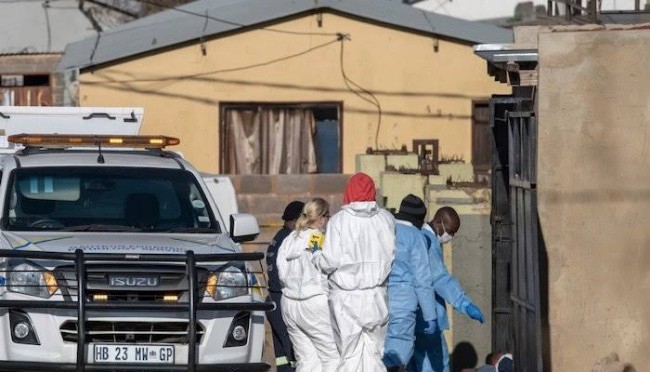 Gunmen have killed at least 15 people at a tavern in Nomzamo informal settlement in Orlando East, South Africa.

The Gauteng Province Police Commissioner, Lt. Gen. Elias Mawela, who confirmed the incident at a press conference on Sunday morning, said an unspecified number of people were killed in the attack.

He added that police operatives are on the lookout for the perpetrators of the attack.

“It is reported that at about 12.30am (today), a group of men armed with rifles and 9mm pistols entered the tavern and started shooting randomly at the patrons who were sitting inside.

“The preliminary investigation suggests that these people were enjoying themselves here in a licensed tavern operating within the right hours.

“The area where the shooting took place was very dark, making it harder to find people who could identify the suspects.”

Related Topics:gunmenSouth African bar
Up Next