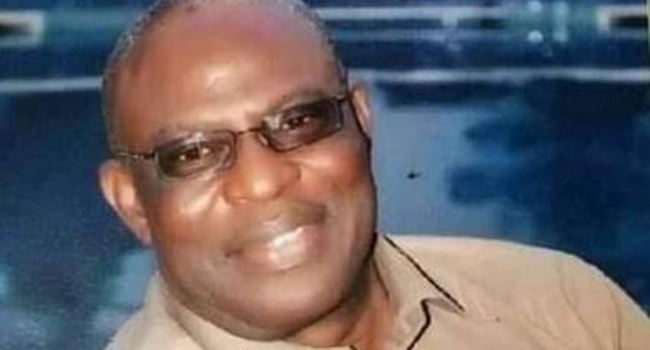 The body of a former senior staff of Shell Nigeria, ETK Amah, has been found on a local bridge in Port Harcourt, Rivers State, a few days after he was abducted by gunmen from his home.

The deceased’s son, Amah Aperepikiya, who confirmed the incident on his Facebook page, said his father was kidnapped by gunmen in Port Harcourt at about 8:00 p.m. on November 17, while his body was found along Woji Bridge linking Odili Road on November 18.

The gunmen, according to Aperepikiya, stormed the family home at Ngwuve Woji area of Port Harcourt on the day night and whisked his father away.

He added that all efforts to reach him proved abortive as the abductors neither contacted the family nor allowed the victim to get in touch with them.

“Men of the underworld kidnapped my healthy father, killed him and dumped him on the road at ALCON Bridge. All this happened in less than 20 hours. Assassins… cursed you are.

“Tell me what he did to warrant this. As long as night and day has not ceased, you shall remain cursed to your 10th generation.”