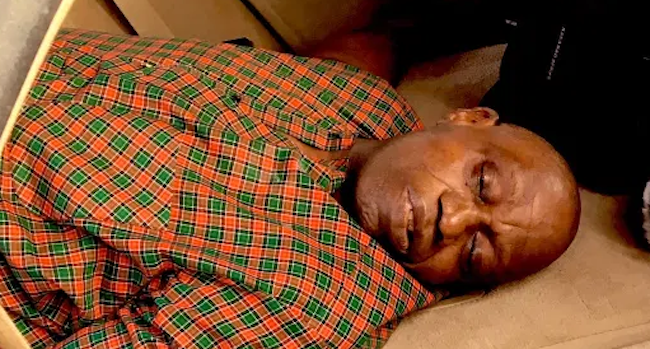 Nnaji was dismissed from service in 2007 over his role in the removal of former Anambra State governor, Chris Ngige, via a controversial ex-parte order.

A video recorded by an onlooker showed the moment the four-man gang dragged Nnaji out of his car and rained bullets on him before driving off in their victim’s car.

The spokesman of the state police command, Daniel Ndukwe, who confirmed the killing of the judge to Ripples Nigeria on Monday, said the incident happened at the popular Ebeano Tunnel Roundabout in the state capital.

He said the state Commissioner of Police, Mohammed Aliyu, has ordered a full-scale investigation into the incident.

The spokesman said: “Yes, I can confirm the killing of the former judge of the Enugu State High Court, Justice Stanley Nnaji. But I can’t give details at the moment.

“From what the police gathered, he was trailed by the assailants to the popular Ebeano Tunnel Roundabout off Garden Avenue in Enugu by heavily armed gunmen who dragged him out of his SUV and shot him dead before making away with the car on Sunday evening.

“The Commissioner of Police, Muhammed Aliyu, has ordered a full-scale investigation and a manhunt for the killers.”

Related Topics:EnugugunmenJustice Stanley Nnaji
Up Next