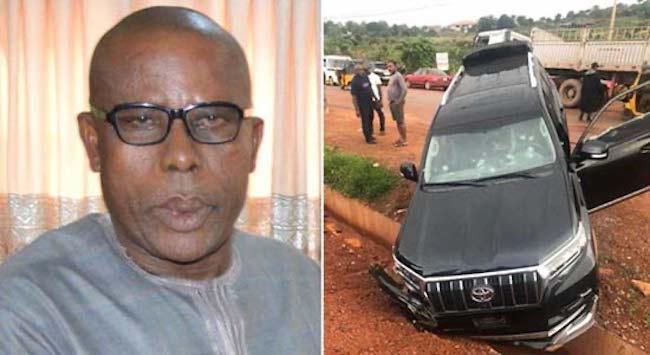 The academic was killed by the assailants along the Enugu-Port Harcourt expressway while going for a scheduled appointment in the state.

Ndubuisi police orderly was also shot dead by the criminals while his driver sustained injuries and had been taken to an undisclosed hospital for medical attention.

The spokesman of the Enugu State police command, Daniel Ndukwe, confirmed the incident.

He said: “Information surrounding a shooting incident today, 07/07/2021 at about 1600hrs, along Enugu-Port Harcourt Expressway, said to have led to the death of a man and his police orderly is still sketchy.

“Meanwhile, a preliminary investigation has commenced. Further development will be duly communicated, please.”

I have been vindicated on NYSC saga by Abuja court – Adeosun