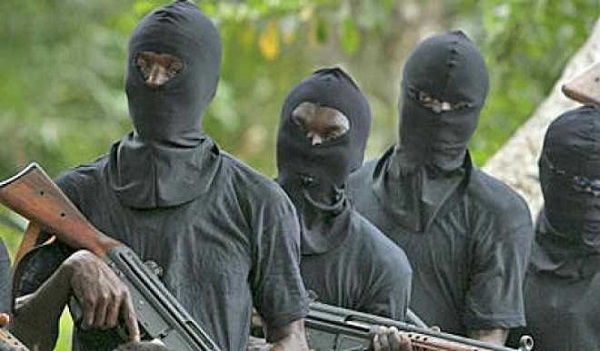 The Plateau State Police Command Sunday confirmed the killing of a lecturer with the University of Jos, Dr. Nandi Drenkat, by gunmen.

The state Commissioner of Police, Edward Egbuka, confirmed the incident at a news briefing on in Jos.

The gunmen had stormed the residence of the deceased in the early hours of Saturday, shot him and kidnapped his six-year-old daughter.

According to Egbuka, the police immediately mobilised to the scene and engaged the criminals in a gun duel and arrested one of them.

He also confirmed that the kidnapped daughter of the deceased was also rescued from the abductors.

The police commissioner said: “Yesterday, at about 5:30 a.m., we received a distress call from Road 6, University senior staff quarters, Jos, where some hoodlums entered the house of one Dr. Nandi Drenkat, a lecturer with the University of Jos, shot him and kidnapped his six-year-old daughter.

“Immediately we received the information, a combined team of conventional policemen, mobile men, the anti-kidnapping unit, vigilantes and hunters were deployed to the hilly areas where the kidnapped victim was suspected to have been kept.

“The scene was thoroughly combed and in the process, the kidnappers were sighted on the hills and there was a gun duel between them and the security men.

“In the process one of the kidnappers, Ali Mohammed, was shot on his right leg and was arrested with one AK 47 rifle and 29 rounds of live ammunition.

“Consequently, the deceased kidnapped daughter alongside another victim, Chiboze Joseph, were rescued unhurt.”

Egbuka said the suspect had confessed to the crime, adding that he would be charged to court after investigation.

Related Topics:gunmenplateauvarsity lecturer
Up Next