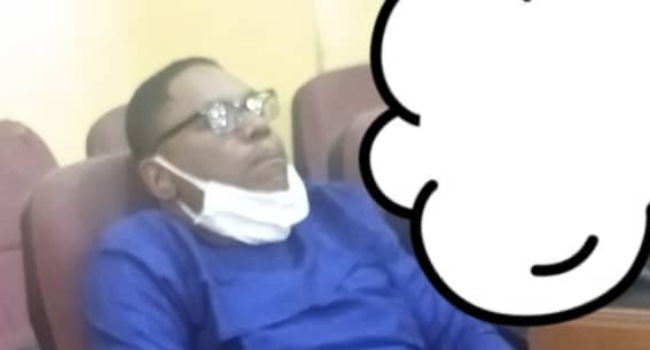 A hacker, Eric Nnamdi Obulo has been convicted and sentenced to jail by a Federal High Court sitting in Port Harcourt, Rivers State and presided over by Justice I.M. Sani.

Justice Sani convicted Obulo to one year imprisonment for hacking the data base of Polaris Bank and defrauding the bank to the tune of $70,000.00.

A statement by the Economic and Financial Crimes Commission’s (EFCC’s) Head, media and publicity, Wilson Uwujaren, said that Obulo was convicted on Tuesday, October 6, 2020 after being re-arraigned by the Port Harcourt zonal office of the commission.

The anti-graft agency arraigned him on one-count charge bordering on unlawful interception by technical means into Polaris Bank’s data base and in the process took possession of the sum of $70,000.00.

The one-count charge read: “That you Eric Nnamdi Obulo, on or about July, 2019 in Port Harcourt, Rivers state, within the jurisdiction of this Honourable Court did intercept by technical means the data base of Polaris Bank and in the process took possession of the sum of Seventy Thousand Dollars {$70, 000.00} into your Polaris Bank Account no. 2130049253 and thereby committed an Offense contrary to Section 12 (1) of the Cybercrime (Prohibition Prevention etc.) Act 2015 and punishable under the same section of the Act”.

He pleaded guilty to the charge, when it was read to him.

In view of his plea, prosecuting counsel, K. W Chukwuma-Eneh prayed the court to convict and sentence him accordingly, but defence counsel, D.E. Nowo, pleaded for leniency in view of the convict’s “remorse and being a first- time offender who did not waste the precious time of the court”

Justice Sani consequently convicted and sentenced Eric Nnamdi Obulo to one year imprisonment with an option of fine of N5 million.

Obulo ran into trouble when Polaris Bank filed a petition against him to the Port Harcourt zonal office of the EFCC on October 14, 2019.

The petitioner stated that, sometime in October, 2019, the bank’s database and core banking applications were manipulated by unknown fraudsters, resulting in the crediting of six accounts belonging to the convict with a total sum of $70,000.

Garba Shehu’s ‘attack’ on Adeboye was to rebuke Osinbajo