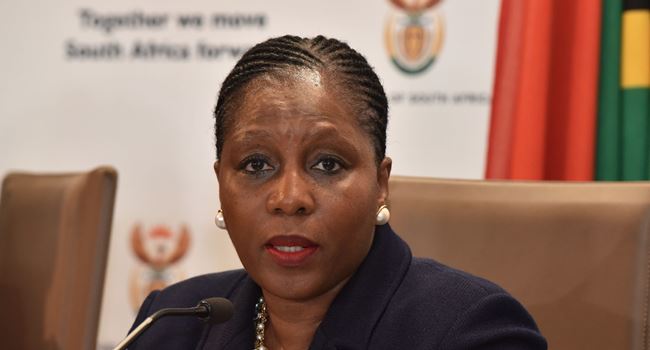 South African authorities have confirmed that the mobile phones belonging to intelligence minister, Ayanda Dlodlo and her deputy, Zizi Kodwa, have been compromised, after hackers cloned their mobile numbers.

The discovery has forced South Africa’s security ministry to deploy high-profile investigators who are now looking into how the phones – and that of several other intelligence officials – had been cloned.

Reacting further, the ministry on Thursday said that it was not clear who was responsible for the hacking or if any sensitive information had been compromised in the cloning process which involves the transferring of data from one mobile phone to another.

The development which comes after a break-in at the State Security Agency’s headquarters in the capital, Pretoria, follows a security breach last year, in which President Cyril Ramaphosa’s emails relating to an election campaign were hacked and leaked.